A Book Review of Harry Potter and the Chamber of Secrets by J.K. Rowling


"'There is a plot, Harry Potter. A plot to make most terrible things happen at Hogwarts School of Witchcraft and Wizardry this year.'"

Harry Potter's summer has included the worst birthday ever, doomy warnings from a house-elf called Dobby, and rescue from the Dursleys by his friend Ron Weasley in a magical flying car! Back at Hogwarts School of Witchcraft and Wizardry for his second year, Harry hears strange whispers echo through empty corridors - and then the attacks start. Students are found as though turned to stone... Dobby's sinister predictions seem to be coming true.

After a very long library hold wait, I finally got a hold of this book (heh heh). After enjoying the first book, I was very much looking forward to reading the next one. Now I can finally get all of the Dobby references! As I said in my review of The Sorcerer's Stone I wasn't allowed to read these books or watch the movies when I was a kid, but now I'm an adult and I do what I want! XD

The Plot: The plot started off really interesting with Harry and his terrible birthday (Poor Harry), but I felt like it sagged a bit in the middle as the school semester dragged on. Three-quarters of the way into the book, I really was into it. That's when everything seemed to pick up and all of Rowling's very well done foreshadowing came into play. She is a master at foreshadowing I must say that. The twist at the end was fantastic. I never would have guessed who opened the Chamber of Secrets.

The Characters: Unfortunately, I found Harry, Hermione, and Ron a little less delightful in this book. They resorted to lying and mischief a lot instead of honesty. There was a particular opportunity where Harry could have been honest with Dumbledore but instead, he lied and I was really disappointed in him. But I know they're still kids and they have a lot of room to grow.

Hagrid has remained my favorite character. I really admire his love for animals and how kind he is to Harry, Hermione, and Ron. If I didn't like Lucious Malfoy before, I definitely don't now. He's terrible. XD Dobby is an interesting little character. I feel like his self-harm is a little disturbing though. I know it's a type of quirk, but it bothered me a little bit. I felt like it wasn't addressed as much as it could have been.

Lastly, Moaning Myrtle was an interesting character and I love the twist with her, but I felt like her flippant reference to suicide was a bit inappropriate. I know British humor can be a bit courser than American and I'm guessing the reference was meant to be funny since she was already dead, but as someone who's dealt with depression, it felt a little insensitive.

Epic Things: Fawkes is a Phoenix and I love phoenixes! It made me happy to see one included in this story. ^ ^

The Theme: I have to try to find a theme that doesn't dip into spoiler territory ... I'll try to be vague. I felt like bullying was a big theme in this book. It's pretty sad how seemingly benign teasing drove one character to get involved into something that character never would have otherwise.

Content Cautions: This is middle grade so it's very clean. There's, of course, a lot of magic cause this is a book about witches and wizards. There's mentions of murders, but none actually seen. No blood really. Like I said, very clean.

1.) Dropping Clues for A Mystery - Like I mentioned earlier, Rowling did such a great job at the foreshadowing. She left so many tiny clues that seemed insignificant, but then completely tied together at the end. If you want a good example of a well-done mystery then definitely read this book.

How this can be applied to writing: Mysteries can be difficult to pull off. The conclusion has to make sense and without well-planted clues, it can feel like a cop-out or the readers can feel jipped. Careful and intricate foreshadowing is needed for a good mystery to work.

Conclusion: I didn't like this book as much as the first one. It still had its charm and it kept my attention, but it didn't blow me away until near very the end. I still want to read the next books though. Just three stars for this one. 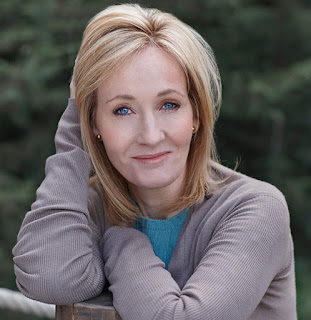 Other Books by this Author I've Reviewed:
A Book Review of Harry Potter and the Sorcerer's Stone