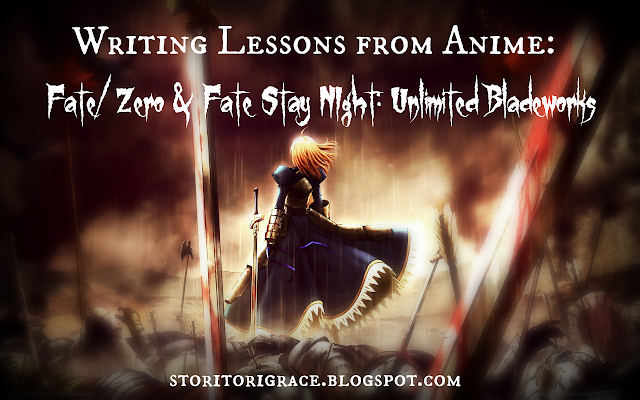 This anime franchise has been out for quite a while, but I just got to watching it last month. While most anime are based on manga, this one was based on a visual novel where you have choices as to where you can go in the story. Since then it has been made into several animes based on the different paths you can take in the story. I personally like this path, which is the Archer path.

Fate/Zero is like a prologue to the Fate Stay Night animes. It sets up the story and makes more sense after you watch that one first. Unlimited Bladeworks comes directly after it with the next generation of mages as main characters. Anyway ... the whole series is about this event called the Grail War. This is when mages from selected mage families summon servants who are heroes from the past to participate in a battle to the death for the grail, which is an infinite wish device. It can grant the winner anything his or her wants.

It's a very complex series, going into many points of views, bringing up a lot of neat philosophical questions, and featuring a lot of great characters, whether they be good or evil. It was hooked to it as soon as I started watching it. I highly recommend it if you like anime or manga or even if you aren't into anime and manga and want to try it out. Without further ado, let's get to what we can learn from this series!


1.) Using an Ensemble Cast - In both series, there's not exactly a main character. Each of the seven mages have their own points of views, especially in Fate/Zero. That is a lot of characters to handle. Each has to have their own goals, their own uniqueness, and each have interesting stories to tell. This is very difficult to pull off, but this series did it very well. Of course, I had my favorite point of views (being Waver/Iskandar and Shiro/Arturia in case you're wondering), but all of them held my interest. All of had motivation for why they wanted that grail.

Also, the story flowed from each point of view well. None of them felt jammed in there for no reason and each of their stories threaded together into a great climax. As you can imagine, this is also very tough to do. But these anime really pulled it off and I was thoroughly impressed. 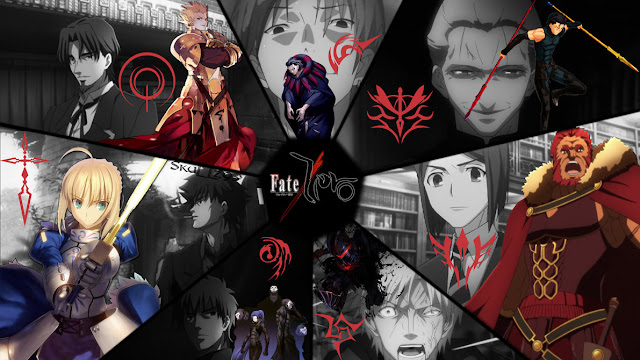 How this applies to writing: Have you ever thought of having an ensemble cast in your story? This was the case with Song of Ice and Fire by George R.R. Martin. It's a daunting task to juggle so many characters, but if handled right, it can create a beautiful story. 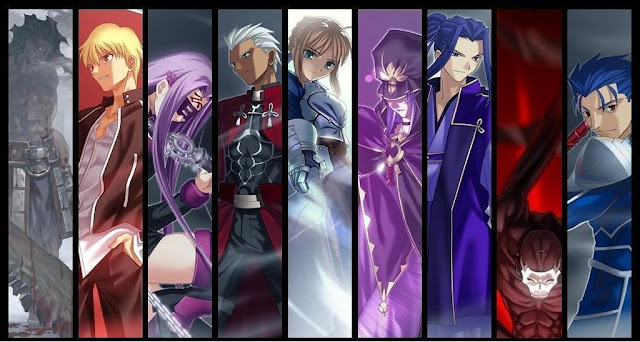 2.) Magical Biology - In the Fate Stay Night universe, mages have their own magical biology. Their flow of mana is its own bodily system called magical circuits. These are like veins and arteries for mana through their bodies and these can be affected by physical injuries. Mana is needed to keep a servant in the physical world and it's needed to perform any magic. When mana is depleted, the mage can't perform more powerful magic spells. There are actually weapons in the series that target magic circuits specifically and sometimes characters use magical sigils to channel their magic for spells. Magic also can only be inherited or given intentionally to an heir to the family's magic. It's all very intricate and thought out. This brings a sense of realism to it. It makes magic seem more biologically possible. 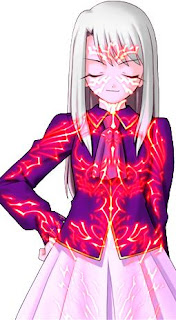 How this applies to writing: Have you thought of having magic tie into your character biology? It's more common that magic is metaphysical, but it adds more plausibility to magic if it does tie into the physical world.

3.) Using Historical and Mythological Figures as Characters with a Twist - Many of the servants in this series are actually real people. I wikied them while watching the show actually. Iskandar aka Alexander the Great is (as you should know) a bonified real person. He's portrayed in the show as a big buff redhead and I love him to pieces. His dream is to conquer the world, but he's so adorkably passionate about it. He's also a loving mentor to Waver. He's just the best. As a rider class servant, he has a chariot and because he had so much influence on the armies in his life, his noble fantasm is being able to summon these armies to his aid. It's pretty darn cool. 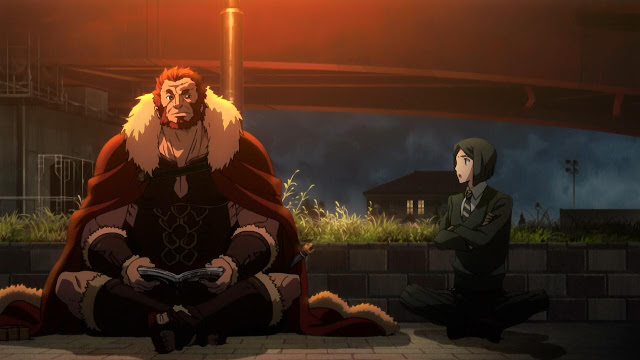 On the flipside, some of the servants are mythological figures, such as Saber aka Arturia aka genderbent King Arthur. She has all of the features of King Arthur but as a woman and she fell in love with Lancelot. She uses Excalibur as her weapon and has really sweet armor.

How this applies to writing: Have you thought of using historical and mythological characters in your story? Have you thought of genderbending them or giving them a personality twist as if history got it wrong? How accurate would you want them to be? 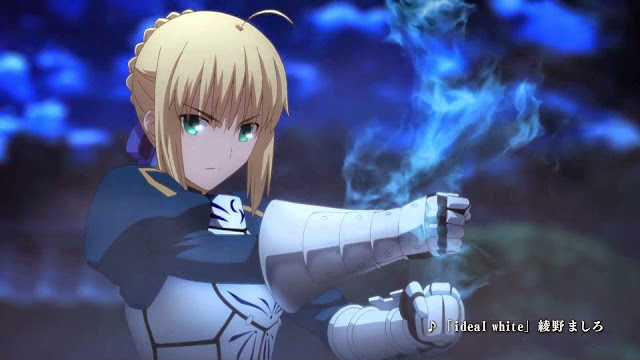 4.)  Using Unusual Historical/Mythological Characters - Some of the servants are more unusual historical and mythological characters. I couldn't guess them while watching the show, but they are indeed legit. One, in particular, was portrayed so accurately to the real life man, that it's horrifying to find out this guy was actually alive.

And that character is Gilles (pronounced Zheelz). He was alive during Joan of Arc's time and actually fought in the army with her. Turns out he was an occult serial killer, who tried to summon demons and killed children. Apparently, there were serial killers way back then (it never occurred to me before). Google at your own risk. But to make you satisfied yes, he was caught and he was executed in real life. In the show, he has those features and he's the caster class, so he can actually summon demons (they're creepy monster things). Bottom line, he's freaky but historically accurate.

Diarmuid is the lancer class servant from Fate/Zero. He actually comes from Celtic mythology. I'd never heard of him before this show, but it was really cool to be introduced to more obscure mythology. 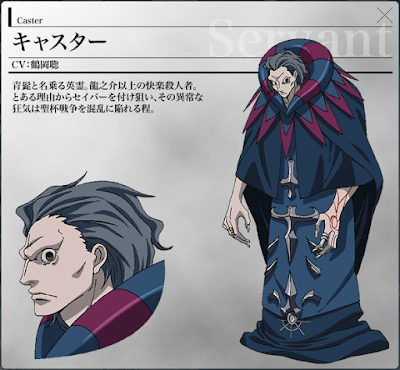 How this applies to writing: Choosing common historical and mythological figures can be good because they're recognizable, but choosing uncommon figures can be effective too. I personally love being introduced to new mythologies and such that I've never heard of and there is so much out there to choose from besides the obvious!

Conclusion - Overall, this is a great series that isn't afraid to strive for both uniqueness and realism with much to leanr from!

Have you seen Fate Zero and/or Fate Stay Night: Unlimited Bladeworks? Have you noticed these writing aspects? What movies have you noticed have good writing? Let's geek out together!