So Your Character is From Pakistan ... Featuring Zainab @ A Bibliophile's Obsession 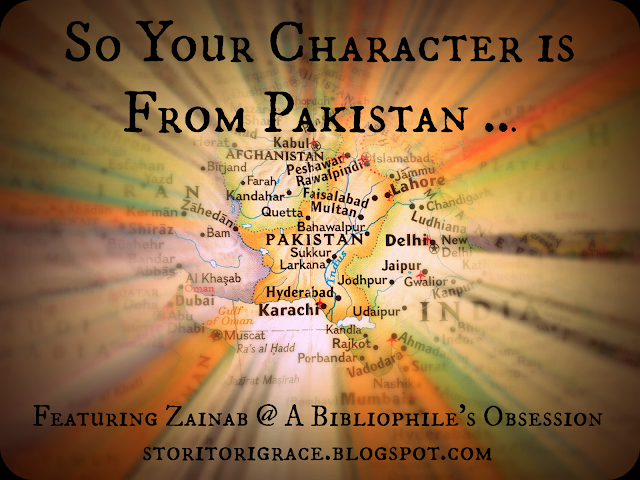 It's time for this week's So Your Character is ... Post! This is a weekly segment where I interview lovely volunteers from around the world to give you a firsthand account of being a citizen of their respective country or having a disability. I'm hoping to encourage international diversity, break stereotypes, and give writers a crash course on how to write a character from these different places on our planet. If you haven't checked out last week's  So Your Character is from Turkey ... be sure to hop on over there and give it a read! 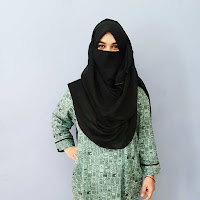 Hi, I'm Zainab - an 18 years old nerd from a small city of Pakistan. I'm a student currently studying hard to get into a medical college. I started reading at a very young age and I used to read short Urdu stories about beasts, dragons and magical castle and then moved on to reading YA and NA books about 3 years ago. I also started blogging when I was 16 years old to share my love and passion for books with other people of the world. Besides reading and blogging, I love binge-watching tv series, painting and photography. I also have an Instagram account where I like to post book pictures!
Blog//Twitter//Instagram//Goodreads

What do you feel is unique to your country? Landmarks? Celebrations?
Pakistan is a really diverse country with a rich history. There are many cultures in Pakistan. It is an Islamic Republic, so the majority of the people here are Muslims but Hindu, Sikh, Christians, and Buddhists also live here. For landmarks, I would say Mohenjo Daro and Harappa are the prominent places which were discovered by archeologists in 1922 and they hold significant history. As a reader, ancient civilizations fascinate me a lot and these two ancient civilizations were dug up by archaeologists in the last century. The most interesting about them is that even though these civilizations were found out to be around 2000-3000 years old, they still had the modern plumbing system. 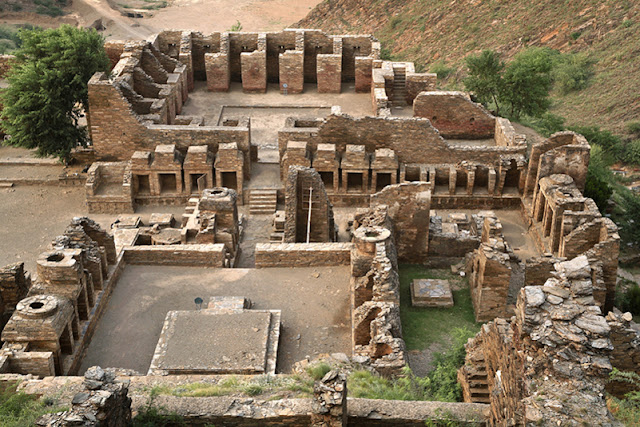 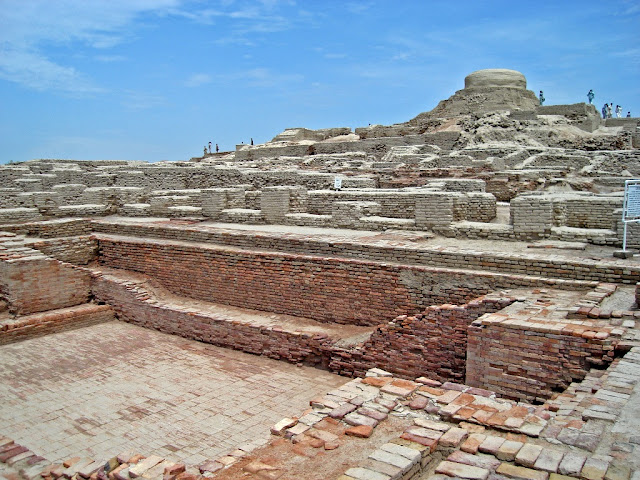 Tell me about your country's environment. What are some of your favorite places?
Pakistan is blessed with all the four seasons. There are forests, deserts, plains, mountainous regions, and plateaus. The city where I live is a valley. It's extremely cold in winter here and the summer has gotten hot too in past few years but still, it is tolerable. I don't have a favorite spot but I do want to visit the northern areas of Pakistan because they're extremely pretty with amazing scenery and the most beautiful weathers throughout the year. Also, the Astola Island in Balochistan is the place where I would like to go some day because it literally looks like a place from your most beautiful dream. 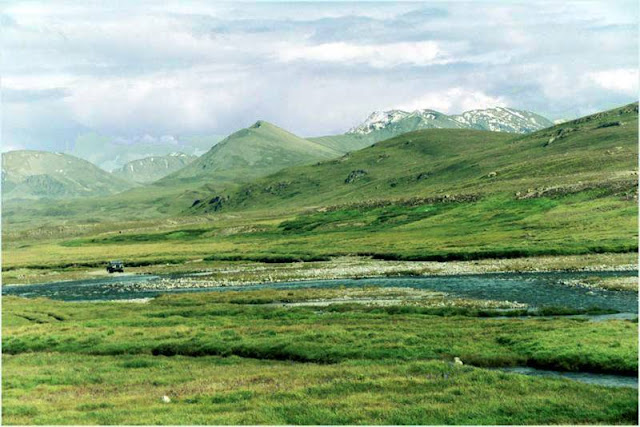 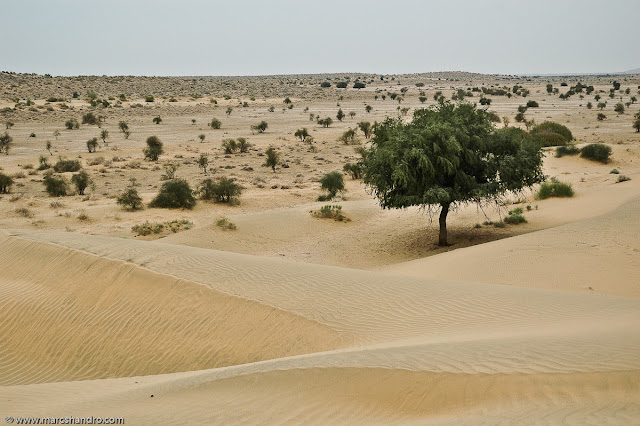 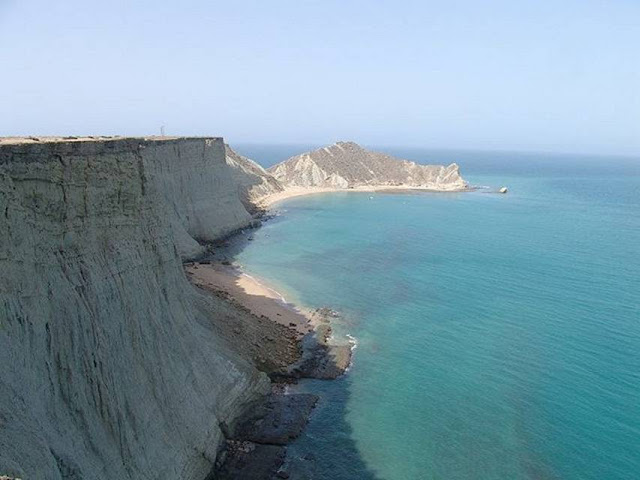 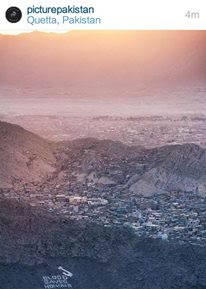 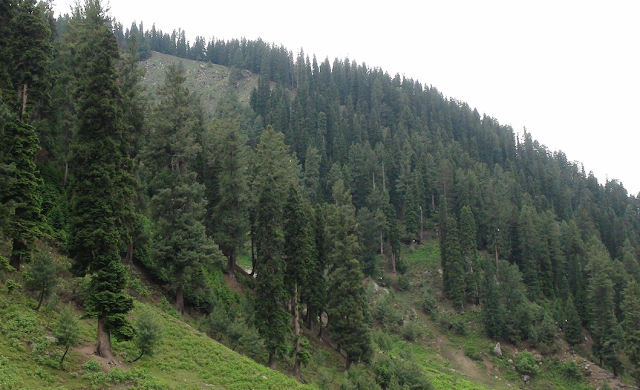 Tell me about your country's food. What are some of your favorite dishes?
I have already mentioned that Pakistan is culturally diverse, which means that there are MANY dishes and unique kinds of foods. One of the most popular ones is Biryani which is definitely a favorite of mine. It's a dish generally made of many spices, rice, and meat. As a matter of fact, there are different types of Biryani too! We have hyderabadi, Sindhi, Bombay and many other different types of Biryani. Our street food is also delicious and mouth watering too! We have gol gappay, laddo pitiyan, chaat, jalebi, dahi bharay, and much more. So, if you're ever planning on visiting Pakistan, you're in for a treat. Especially some of the places in Pakistan are famously known for the food they offer like Punjab is one of the provinces of Pakistan and the food they serve in Punjab is rich in taste and variety. 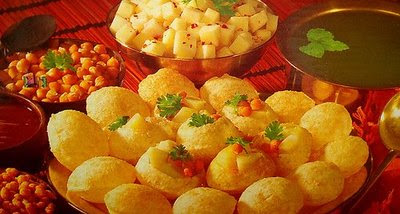 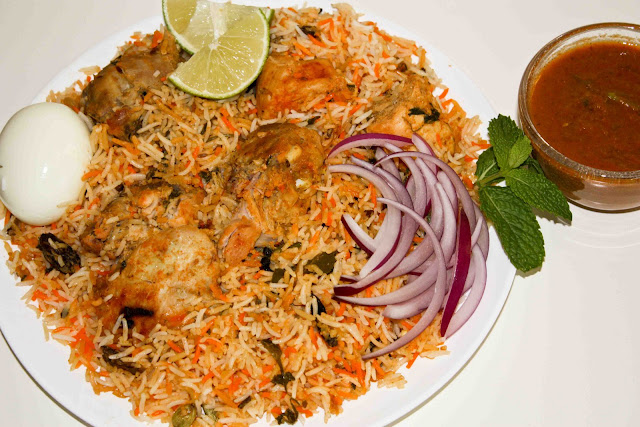 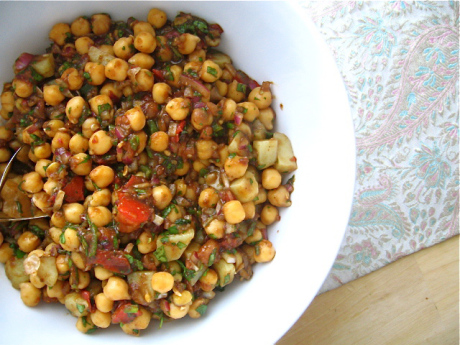 Tell me about any different speech patterns in your country. Slang? Idioms? Words for things such as “biscuits” instead of “cookies”?
Pakistan is rich in languages. But, Urdu, our national language, is spoken throughout the country. Urdu is a language which is made of many languages like Persian, Arabic, and Turkish etcetera. The funny thing is that we have changed/invented many of the English words to use in our daily life like shopper means a shopping bag, double roti is used for bread, no lift means not getting attention from someone, time pass means procrastinating. Other than that almost every person living in Pakistan is in some way multilingual because there are so many languages that are being spoken that now even if you don’t know how to speak any native language here, you still get an idea of what the other person is saying in that language. Along with that people have somewhat developed their own accents of English mixed with their regional accents.

Describe briefly a regular day in your country.
Our regular day is the same as everyone else. We get up, go to college/school/work, come back home, eat, sleep or go for an outing. On Sundays, we like to go out on Picnics or malls etc. If I had to choose the most festive day of the week then I would definitely say Friday is the most unique of them all. Not only because it is the last day of week days and the weekend is ahead of us but also it holds significance in regards to our religion. On Fridays we get an early off from schools and at 12 P.M to 1 P.M, everyone goes to the mosque to offer special Jummah (Friday) prayers and the atmosphere especially feels festive in some way to every person. Also, in some households, people make fancy food items on Fridays or Sundays. 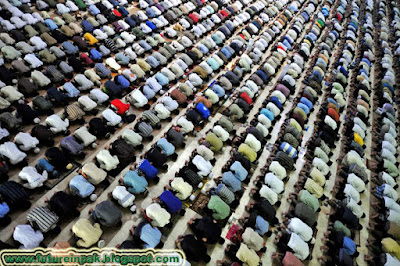 How does your country compare to others, especially the States since my audience is primarily American? Environmentally? Politically? Culturally?
Pakistan is quite opposite of America. Our culture is different, our living style, dress, and even education system are different too. For example, we have School till 10th grade and then College for 11th and 12th grade and then University. Our architecture is quite different because of the dominance of religion and this is the reason why we use domes frequently in our buildings. Our culture is very different, we have a unique history just like any other country in the world. We have our significant dates of years which hold a prominent history of our independence.

The way weddings take place in Pakistan is quite different than States, we have multiple functions before the actual wedding day and some functions also take place after the wedding day but it all varies with different areas and cultures. People of Pakistan are actively involved in politics. Practically every Pakistani holds his/her opinion regarding politics and political parties. I won’t sugar coat it and say that everything in Pakistan is rainbow and sunshine, we have our problems just like States but I guess the thing that separates and yet connects us in a weird way is the environment and culture of both countries. 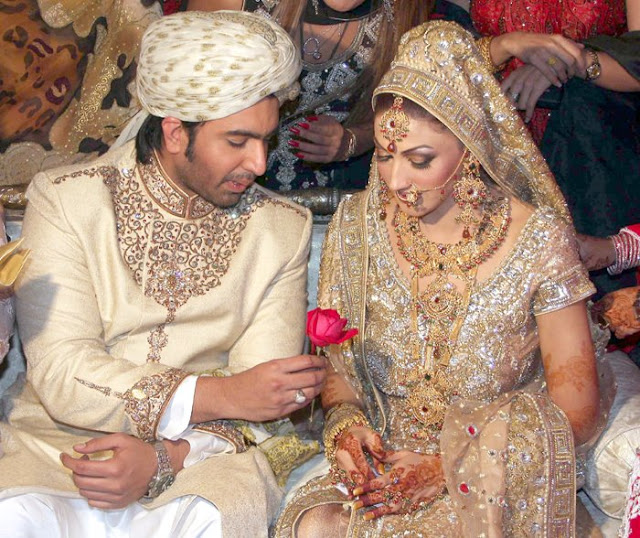 Briefly describe three of your country’s historical events that you feel are important.
Pakistan's history is really important for us. Pakistan was a part of Indian subcontinent before it got independence on 14th August, 1947. The after-independence was an extremely tough period for my country. We didn't even have a single stationary but we built ourselves up from the motivation and efforts of Muhammad Ali Jinnah also called Quaid-e-Azam. The first event is 23rd March 1940 when the resolution of Pakistan as an independent state was accepted officially and we celebrate this date every year. Second is obviously 14th August 1947, it is the most important time the year in regards with our country because it was a day when we got independence.

As I mentioned earlier, when we migrated to this general part of sub continent which was given to us in independence, we were almost broke on the whole. But even back then no one gave up. Other than these two prominent events, there are multiple other events that hold quite importance in our history but I can’t point out one out of all of them to tell which one is the third most important event in our history. 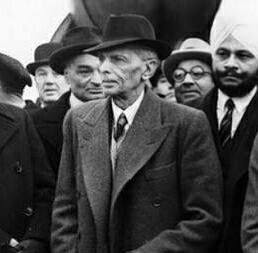 What are some stereotypes about your country that irk you? What media portrays your country badly be it a movie, a book, or a TV show?
Western media has labeled Pakistan as an "extremist" country. According to media, women are not allowed to go out, get an education, or earn a living when all of this is untrue. I won't sugar-coat it and say that there aren't extremists and ignorant people in Pakistan too but most of the people here aren't anything like media portrayed them. I recently read a book about Pakistan and it was extremely racist and full of stereotypes because according to the book, Pakistan was like a village full of tribes and extremists who marry their daughters off as soon as they turn 10 years old. It really infuriated me because Pakistan is nothing like that.

Women in Pakistan have the same rights as men. Women are also bread earners and Ph.D. holders in Pakistan. People explicitly work in media in Pakistan and no one bashes them for that. As for the media portrayals, once I watched this tv show where the capital of Pakistan, Islamabad, was shown as some kind of destroyed or I don’t know a weird city when in reality the capital of Pakistan in on the 2nd number of most beautiful capitals in the world. 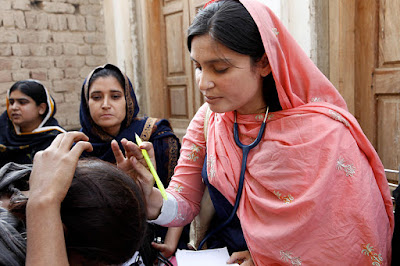 What media portrays your country well be it a movie, a book, or a TV show?
No media, not even my country's media portrays it right. However, if you want to know what Pakistan is really like then I would suggest you visit Facebook pages like Humans of Pakistan and several other Facebook pages and Instagram accounts that show the true beauty Pakistan is. Because a country is more than what it is being shown by media. I won’t say that Pakistan is especially the most stereotyped country because literally every country in the world is a victim of some kind of stereotype but as far as giving a good image of Pakistan I haven’t come across any tv show, movie or book, be it our own, that shows a good image of Pakistan other than Brandon of Humans of New York and Humans of Pakistan, as far as I know. 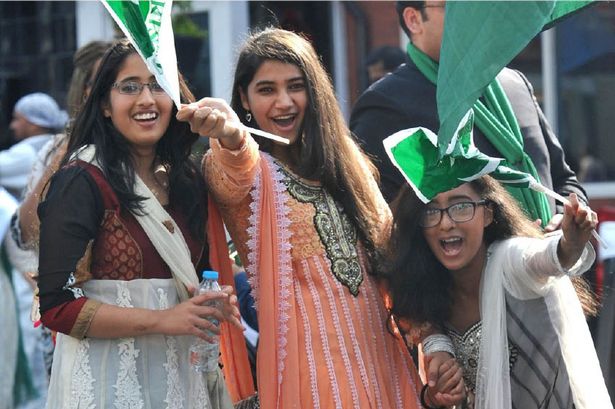 Who are your top three favorite characters native to your country in books, movies, or shows?
None. Because some that are my favorite characters from the fictional world are all in Pakistani tv shows. As far as international media is concerned, the diversity is quite limited when it comes to Pakistani characters. As a matter of fact, I have never come across any fictional character that is Pakistani and is shown with a good image. Media, when it comes to books, tv shows, and movies should include some Pakistani characters to make their stories diverse and not to make them look horrible or extremist. 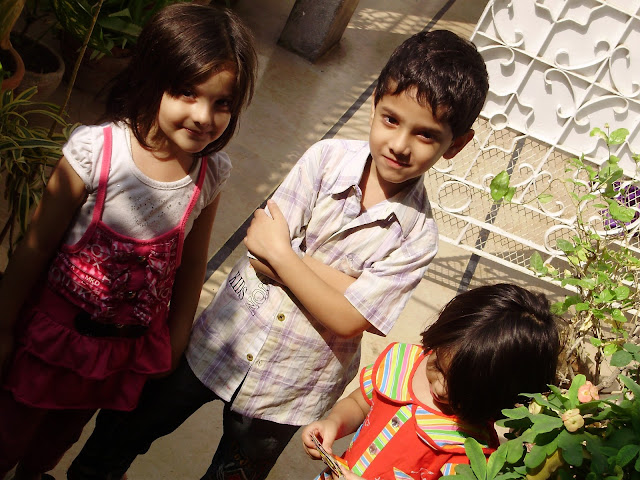 Thank you, Zainab, for this very informative post! I hope everyone enjoyed reading it. Come back next week for So Your Character is from Qatar ...!

Do you have any characters from Pakistan? Did this inspire you to write a Pakistani character or set a book in Pakistan? Are from this or been to this country and you have further input? Feel free to share! Do you have any questions for Zainab? Be sure to thank her!