Wanted: A Superhero to Save the World Blog Tour, Giveaway, & Character Interview!

Today I'm part of the blog tour for Bryan Davis's new release, Wanted: a Superhero to Save the World! Mr. Davis is kicking off his self-published middle-grade novel with a tour across blogs and here is one of the stops. I've been friends with Mr. Davis for wow, about eight years now, so I'm happy to be helping him with his newest novel. Let's get some info about the book then we'll get to the character interview and giveaways!

Eddie Hertz is smart, real smart. He has to be. What other twelve-year-old patrols the streets of Nirvana alone, hoping to foil the schemes of the evil Mephisto? Since Eddie is small for his age, he trusts in his Batman-style gadgets belt and acrobatic skills as well as lots of experience, like knowing how to swing across dark alleys without being seen.

Eddie has a dream, to become like Damocles, Nirvana’s great superhero. To make that dream come true, Eddie invented a device that is supposed to give him superpowers, but using it on himself is dangerous, maybe even fatal. He doesn’t have the nerve to try it.

When Mephisto unleashes an earthquake machine on the city, Eddie gets a surprising teammate — his quirky eight-year-old sister, Samantha, who comes up with an unexpected way to help Eddie in the frantic battle to prevent the biggest earthquake of all.
Since Damocles has lost his ability to help in physical form, Eddie and Samantha are the only hope for Nirvana and the world. 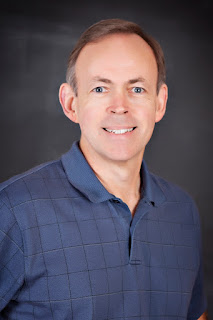 Bryan Davis is the author of the Dragons in Our Midst, Oracles of Fire, Children of the Bard, the Reapers Trilogy, Dragons of Starlight, Tales of Starlight, and the Time Echoes Trilogy, fantasy/science fiction/dystopian novels for youth and adults. His first novel, Raising Dragons, was released in July of 2004, and several books in that series have hit various bestseller lists, including Eye of the Oracle, which hit number one on the CBA Young Adult best-seller list in January of 2007.

Bryan was born in 1958 and grew up in the eastern U.S. From the time he taught himself how to read before school age, through his seminary years and beyond, he has demonstrated a passion for the written word, reading and writing in many disciplines and genres, including theology, fiction, devotionals, poetry, and humor.
Bryan is a graduate of the University of Florida (B.S. in Industrial Engineering). In high school, he was valedictorian of his class and won various academic awards. He was also a member of the National Honor Society and voted Most Likely to Succeed.
Bryan and his wife, Susie, work together as an author/editor team to create his imaginative tales.
Website/Blog/Facebook/Twitter/Goodreads/Instagram

I'll be interviewing one of the novel's characters Nirvana’s resident superhero Damocles on the blog today! Here we go!

Me: Hello, Damocles. Thank you for coming today.

Damocles: It’s my pleasure. Thank you for inviting me. I hope you don’t mind if I leave my cowl on. I have a secret identity to keep.

Me: Not a problem. Ready to get started?

Damocles: Ready, but if a call comes from someone needed help in Nirvana, I’ll have to jump up and leave, but we’ll see how it goes.

Me: All right. First question. Have you always wanted to be a superhero?

Damocles: Not in my early years. In fact, as a teen I was a member of a gang that we called The Loiterers. We didn’t cause much trouble, but we were far from heroic. We were the kind of foolish youth who would whistle at girls and cars and just make a general nuisance of ourselves, though we didn’t wear our pants low. I tried it once and tripped. Fell flat on my face.

In any case, my desire to become a superhero began when I tried to change my ways and clean up my neighborhood by becoming a cop. But I ran into a superpowered drug-dealing robot that I couldn’t handle, so I trained hard and invented gadgets that helped me defeat it. To this day, I still have the robot’s head on my mantle. Ugly old thing, but a souvenir is a souvenir, right?

Damocles: Definitely Batman. We’re a lot alike. I was never rich, but my parents died when I was young, and, like Batman, I don’t have any real superpowers. I rely on my training and gadgets. I even wear a cowl, but never spandex. That can be as impractical as pants around your knees. So I wear camo cargo pants. Pockets are amazing.

Me: What’s your favorite gadget to use?

Damocles: Mastix is my favorite by far. It’s similar to a cat of nine tails. It has leather-like thongs that can catch bullets and also send out jolts of electrical energy, so it’s great for both offense and defense. And it glows, so it’s scary to look at. Most villains run away when they see it, which is helpful because they give me a good target to aim at.

Me: Can you briefly tell us about one superhero act you’ve done that’s really stuck with you?

Damocles: Saving children has always been the most memorable. About four hundred eighteen days ago, an apartment building in Nirvana caught fire. By the time I arrived, the police and fire fighters weren’t letting anyone go inside. Yet, just like in the movies, a woman cried out, “My baby’s still in there!”

Now why the mother left the baby in there, I have no idea, and I always wondered about that in movie scenes as well, but I didn’t have time to ask anything beyond which floor and apartment to find the child. I rushed through the flames, climbed six flights of stairs while surrounded by an inferno, burst through a flaming door, and found an unresponsive baby girl in her crib. She wasn’t even breathing.

Oh, you said briefly. Well, suffice it to say that I revived the baby and restored her to her mother. Everyone clapped and cried, and I felt amazing.

Me: Have you ever performed any heroic acts outside of Nirvana?

Damocles: Nirvana gives me plenty to do, but once the mayor of Dystopia called asking me to move there. He said his city is a lot worse off than Nirvana. And he’s right. It is worse. But Nirvana is my hometown. I know and love the people. I could never leave.

I did visit Dystopia, though, and I found that the mayor himself was the head of a mafia family there. He actually thought he could influence me to leave Nirvana so he could expand his operations there. Well, let’s just say that while I was in Dystopia, the mayor learned what the wrath of mastix is all about. He is now in jail with a lot of burns on his … um … rear portions.

Me: Superhero work is almost a 24/7 job. How much sleep do you get on an average night or day?

Damocles: I average five point six hours of sleep each day. Since I get called out to stop villains and rescue people throughout the day and night, my sleep comes in shifts, approximately one point four hours, four times in a twenty-four-hour cycle. I am not rigid about that schedule. It’s just the way it works out. In other words, I am a super power napper.

Me: What do you usually get for dinner after a long day or night of superhero duties? Do you cook? Do you order in Chinese? Protein shake?

Damocles: I am a terrible cook, but since I’m almost always on the run, I have to make something quick. I do what I can with beans and … well … usually just beans. But I sometimes add sliced hot dogs, bits of ground beef, and, my favorite, Spam.

I do sometimes order in Chinese but more often Italian. I love pasta. It’s kind of a weakness. But don’t tell the villains. They might start throwing cooked noodles at me.

And protein shakes? Love ’em, especially chocolate. I am an absolute maniac for chocolate shakes.

Me: Do you have any friends who are superheroes?

Damocles: I email back and forth with Batman sometimes, and Captain America came over once for pizza. He’s a really great guy with some amazing stories. But I don’t get together with them often. We’re all so busy, you know.

Me: Have you ever teamed up with another superhero for a mission?

Damocles: I usually work alone, but I once did work with a young man named Eddie Hertz and his kid sister Samantha. Eddie’s twelve and Sam’s eight, kind of young for superheroes, but in my book they really are heroic. When supervillain Mephisto threatened Nirvana with an earthquake machine, circumstances forced me to call on Eddie for help. He and Sam were amazing. Without them, Nirvana and maybe the entire world would have been destroyed.

Me: And lastly, have you ever rescued a cat from a tree?

Damocles: I have. A leopard. A tornado hit the zoo and knocked down some walls, and a lot of animals escaped. I had to get their leopard out of a huge oak next to the Walmart parking lot, and he wasn’t too keen on the idea of coming down. Well, this Walmart happened to have some catnip, so I bought every bag they had and made a catnip trail all the way back to the zoo. Worked like a charm.

Me: Thank you for joining us on the blog today, Damocles.

Damocles: You’re welcome. Thank you for having me. And speaking of protein shakes, you wouldn’t happen to have a chocolate one around, would you?

One of these is a scavenger hunt! To learn more about that visit Mr. Davis's blog for the tour kick off post!

Wrap Up - I hope you enjoyed the post and best wishes with entering the contest!

Have you read any of Bryan Davis's Books?