So Your Character is From Qatar ... Featuring Sumaica @ Life & Times 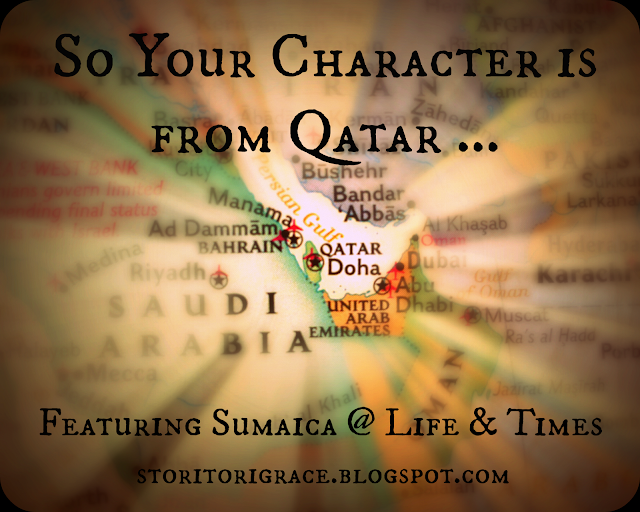 It's time for this week's So Your Character is ... Post! This is a weekly segment where I interview lovely volunteers from around the world to give you a firsthand account of being a citizen of their respective country or having a disability. I'm hoping to encourage international diversity, break stereotypes, and give writers a crash course on how to write a character from these different places on our planet. If you haven't checked out last week's  So Your Character is from Pakistan ... be sure to hop on over there and give it a read!

I've mostly been fascinated by Qatar because it's one of the few words I know that you don't have to use a Q followed by a U like in English. XD I know it's in the middle east but I didn't know much else about it until Sumaica came on the blog to talk about it! 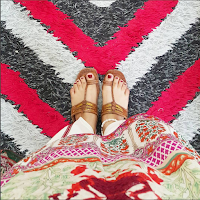 Hi there. I am Sumaica, a 21-year-old student living in Doha, Qatar. In case you don't know where that is, it's in the Middle East, near Dubai. I am studying online from London School of Business and Finance. Hopefully, I will be a Chartered Accountant before all my hair turns white. Haha.


I love painting, practicing Arabic calligraphy, reading books, collecting books, pretty much anything to do with books. And I am married to my now best friend. I love traveling, exploring new cities, cultures, and the beauty in our world. That pretty much sums up who I am.
Blog//Instagram

What do you feel is unique to your country? Landmarks? Celebrations?
Qatar is a very small country. But in recent years, it has grown exceptionally and is found its own place in the world. We are hosting FIFA World cup in 2022. Yup !

It is a Muslim country so a lot of celebrations relate to that. On the 13th day of Ramadan (It's a holy month during which Muslims fast and evaluate how they are giving back to the poor), all the kids dress in their national clothes (long colorful maxis for girls and white for boys) and go to the neighboring houses to ask for money, chocolates, nuts etc.

18th December is the country's national day which is celebrated with a bang. Cars are decorated with flags, glitter, pictures of the Emir (King) etc. There is a competition to see which car has the best décor. Everything is over the top and the whole country gets drunk on happiness. 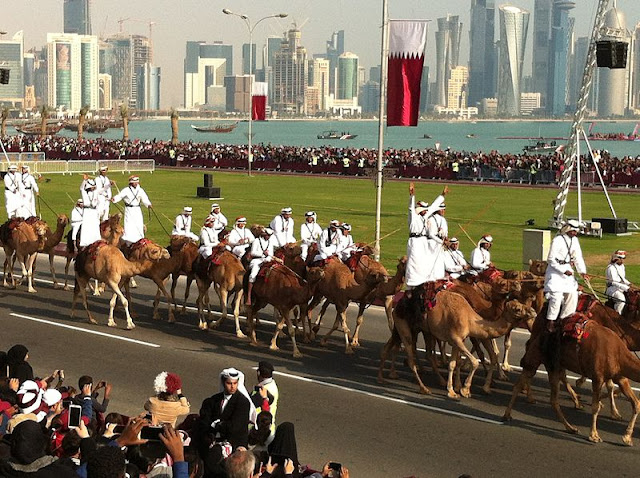 Tell me about your country's environment. What are some of your favorite places?
Doha is one of the friendliest places one can ever visit. People are kind, generous and humble. The weather is sunny half the year and chilly the other half. In summers the temperature can soar up to 50'C (there is a video, baking cookies on the hood of a car standing in sun).

Some of my favorite places to visit are Souq Waqif, Museum Of Islamic Art, Sheikh Faisal Museum, Dukhan Beach. Qatar is a peninsula so it hosts beautiful beaches with clear blue water.

Qatar has a population of 2.169 million people, out of which 88% are expats. So it is a multi culture community where you get to meet all sorts of people. 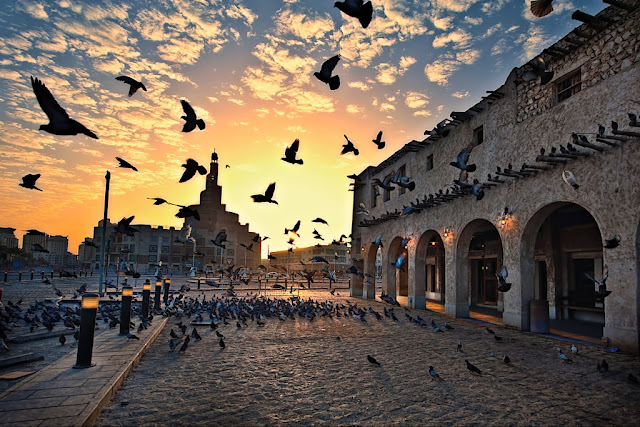 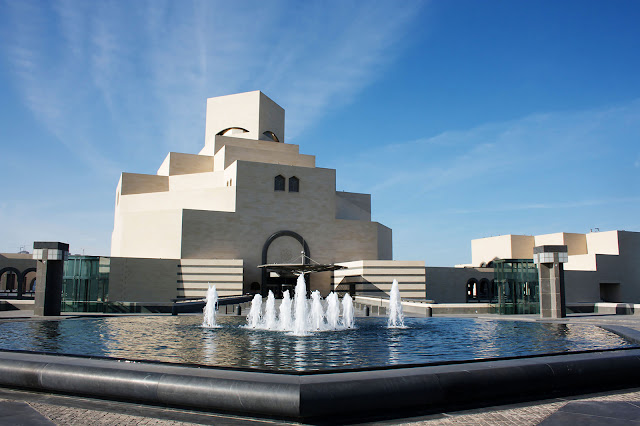 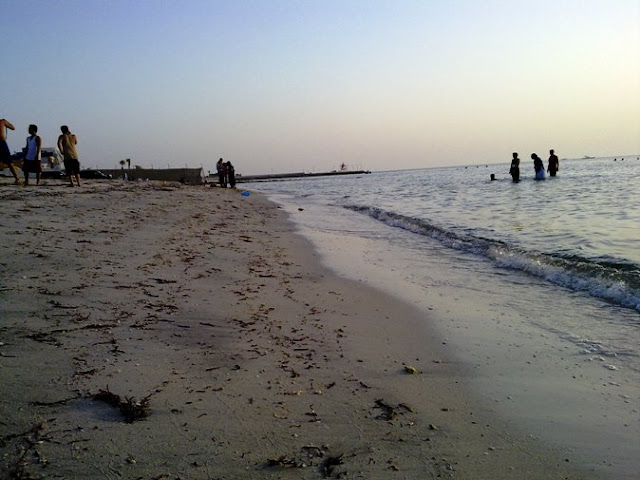 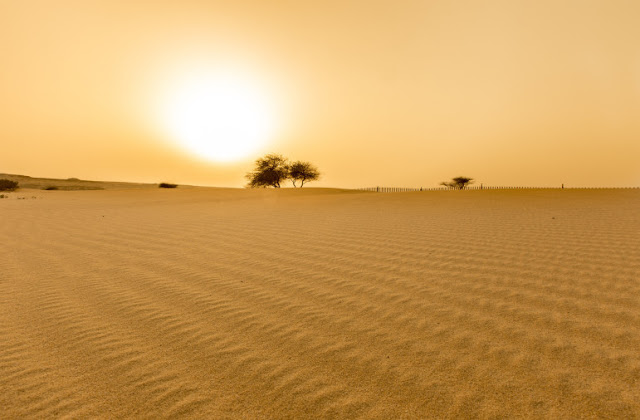 Tell me about your country's food. What are some of your favorite dishes?
The food here resembles a lot to basic Middle Eastern dishes. Things like Hummus (a dip made with chickpeas, Tahini, Lemon, Olive oil), Labneh (Greek yoghurt), Baba Ghanoush (egg plant curry), Mandi (fragrant rice served with a whole Chicken, lamb or Camel on the top), Khabsa (similar to Mandi but has a bit more spices), Shawarma, BBQ are quite popular. Harees is a staple of diet. Harees is shredded chicken and oats cooked together in a broth till everything dissolves and makes this hearty soup/stew that is eaten for lunch or dinner. 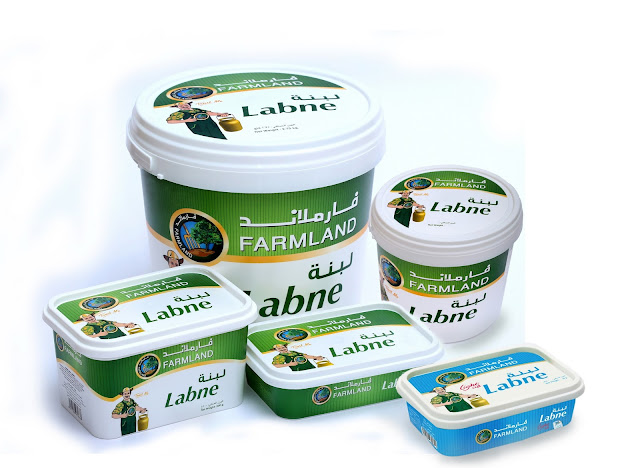 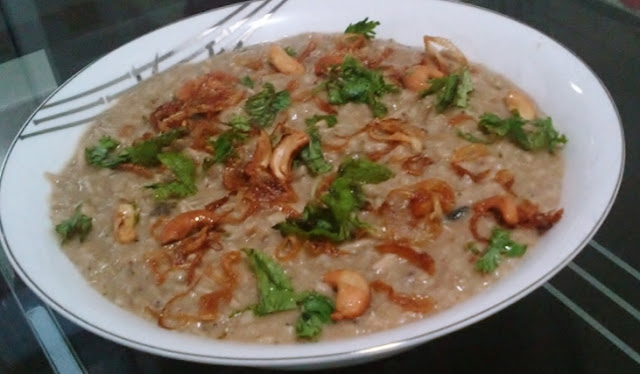 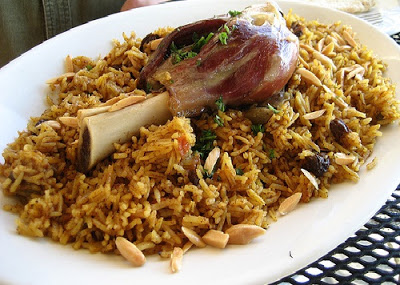 My favorite has to be the classic Hummus. And 'Saroukh'. It is basically a large 'Shawarma' (BBQ chicken, lettuce, Tahina sauce, cabbage, fries packed in a pita bread), slathered with a red tomato sauce and grilled. Doha is a city of Karak addicts. Karak is strong tea made with evaporated milk and sugar. You can find a place that serves Karak almost in every corner. 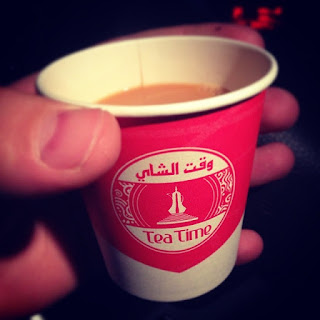 Tell me about any different speech patterns in your country. Slang? Idioms? Words for things such as “biscuits” instead of “cookies”?
Arabic is the official language here. Unfortunately, I don't speak the language. So I cannot tell you about the speech patterns. But almost every local speaks English so you can get around easily. Locals like to interact with the expats so feel free to say Hi. Do keep in mind that women are a bit more reserved.


Describe briefly a regular day in your country.
Schools and offices usually start at 7 in the morning. Our weekend is Friday and Saturday. Schools are from 7 to 1:00 pm for most students. However, there are so many different International, private schools that a lot of them have their own timing.  Some are let off at 3:00pm. It depends on the school and any extra curricular activities. The cool thing is that being such a small country, students tend to travel to other countries like Bahrain, Dubai, Sharjah, Oman etc. for sports, quizzes, and other competitions.

Week days tend to be quiet busy so we like to party on the weekends, which can be bumming around in your PJ's all weekend. Or catching the latest movie at the cinema. There is no shortage of malls here (one particular road has five huge malls all in the same line), so shop, till you drop, is followed quite literally. 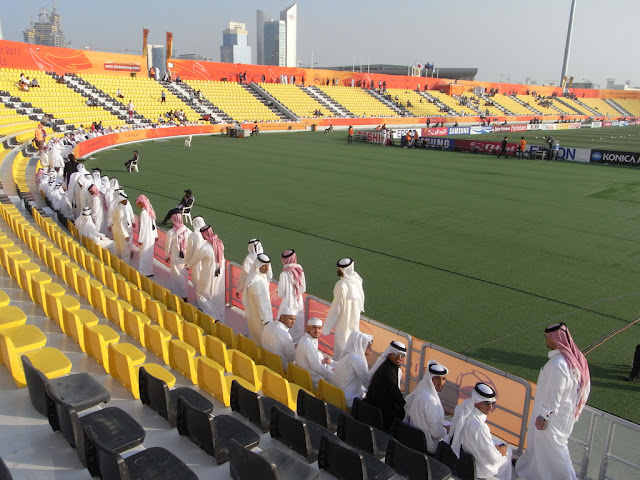 How does your country compare to others, especially the States since my audience is primarily American? Environmentally? Politically? Culturally?
For someone visiting Doha from States, it is a culture shock simply because one is not used to seeing people all covered up or hearing the Adhaan (call to prayer). But every country has their own traditions and culture. The important thing is to respect these things which is not hard at all.

Compared to the US, healthcare is free here, even for expats. My dad was in a horrible accident two years ago. He was in the ICU for 25 days and in the hospital for 4 months. And we didn't pay a single penny. Thank you, Hamad Hospital!

On a political level, we are still an emerging nation so Doha is working on bettering its economy and increasing tourism. 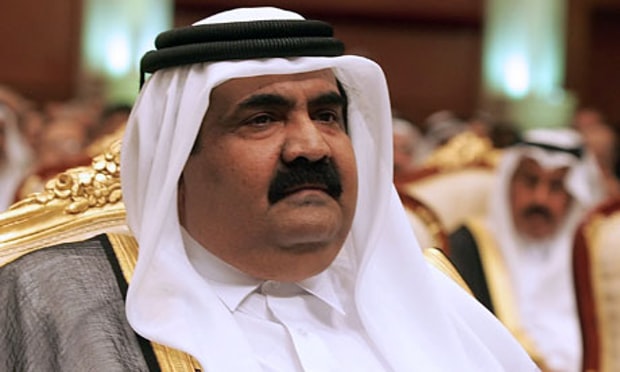 Briefly, describe three of your country’s historical events that you feel are important. What are some stereotypes about your country that irk you? What media portrays your country badly be it a movie, a book, or a TV show?
It’s not just Qatar but the Middle East in general. I hate that media portrays this region as a backward place, home to terrorists. Yes! We have dress codes and alcohol is not served freely in every restaurant. That's because like every other country, Qatari's value their culture, traditions, and heritage. They want to hold on to their values that makes them who they are. So please stop talking about Middle East like it's a prison. 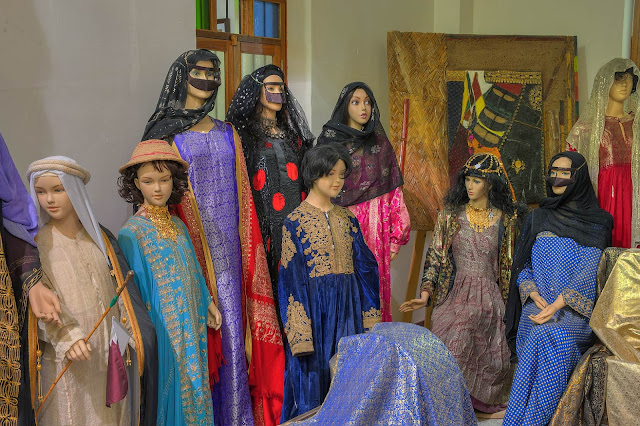 What media portrays your country well be it a movie, a book, or a TV show?
Things have changed over time and it's lovely that we are more than just a part of Middle East. Doha has an identity of it's own. Slowly and surely, the media is talking about this amazing country. And in the future, hopefully books and TV shows will pick it up as well.

I hate that a lot of expats work here for tax free salaries and benefits and still bad mouth the country. If you hate it so much, then stop working here. I have read several bloggers do this. And it's time they stop. Not loving a country is fine but don’t make it sound like it's the worse place on earth. Because honey, you are also living here. 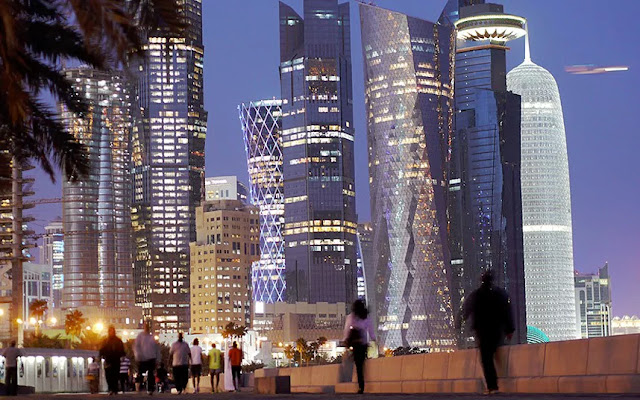 Who are your top three favorite characters native to your country in books, movies, or shows?
I haven't read and watched anything yet that talks about Doha. So I cannot really tell you that.


To be honest, I have lived here for more than 10 years. I love Doha. Not just because it's been home for so long but also because, it gives back to anyone wants something. This country is like a giant, warm hug that engulfs you in its embrace and never lets you go. So if you get the chance, come and see it for yourself. 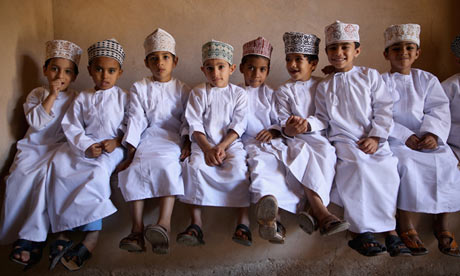 Thank you, Sumaica, for this very informative post! I hope everyone enjoyed reading it. Come back next week for So Your Character is from Ukraine ...!

Do you have any characters from Qatar? Did this inspire you to write a Qataran character or set a book in Qatar? Are from this or been to this country and you have further input? Feel free to share! Do you have any questions for Sumaica? Be sure to thank her!