So Your Character is From Bulgaria ... Featuring Vilina Christoph 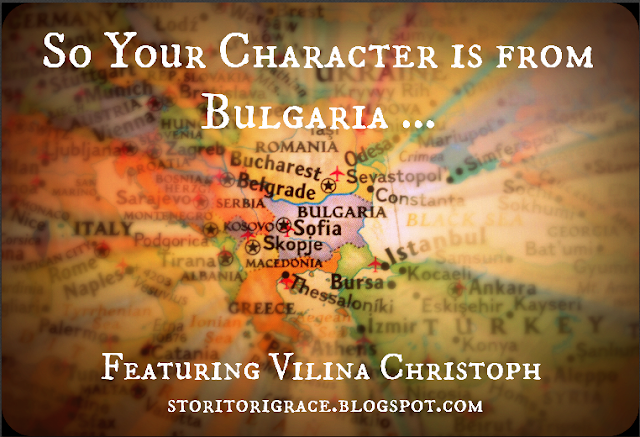 It's time for this week's So Your Character is ... Post! This is a weekly segment where I interview lovely volunteers from around the world to give you a firsthand account of being a citizen of their respective country or having a disability. I'm hoping to encourage international diversity, break stereotypes, and give writers a crash course on how to write a character from these different places on our planet. If you haven't checked out last week's  So Your Character is from Ukraine ... be sure to hop on over there and give it a read! 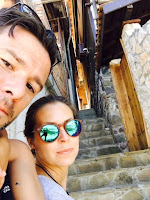 I am a native Bulgarian and have just returned to my home country after almost 9 years living in The Republic Ireland. My family and I have settled into Sofia – the capital of Bulgaria. Sofia is a city that is developing extremely fast. It’s located in the west of Bulgaria, near the border with Republic of Serbia. It’s sheltered by the mountain Vitosha.
Blog//Travel Blog//Facebook//Twitter//Instagram

What do you feel is unique to your country? Landmarks? Celebrations?
Bulgaria is a unique country, I believe like every other country. In general, it is extremely diverse – we have a multitude of mountains, rivers and lakes, sea and beaches, old cities and ancient architecture, rich culture and traditions, unique food and cuisine.

In Bulgaria, there are several big cities – Sofia, Plovdiv, Varna, Burgas, and others. In terms of tourism – there’s ski tourism, sea tourism, culture tourism, spa tourism, wine tourism, and more. It’s hard to say any particular areas as any part of Bulgaria has something unique.

I would suggest skiing in the mountains of Rila and Pirin, exploring the eco-trails in Stara Planina mountain, visiting ancient tombs and fortresses in Rhodopi mountain, checking out the Rose Valley near the town of Kazanlack, diving in some hot mineral springs around the riverbed of Struma, and of course exploring the multiple towns and resorts on the coast – Nesebar and Sozopol being particularly attractive.

In terms of celebrations – March is my favorite month with colorful celebrations like Baba Marta when we put woven red and white bracelets and broches called martenitsa. We also love name days here and almost everybody has one, based on the Orthodox calendar. Another interesting one is Trifon Zarezan, also famous as the Day of the Wine. 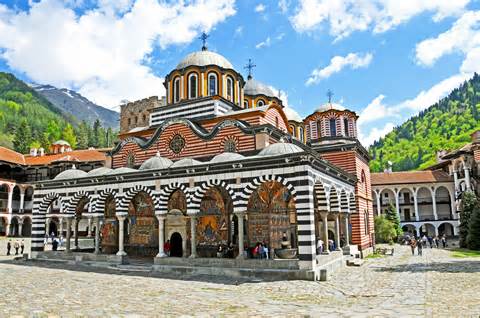 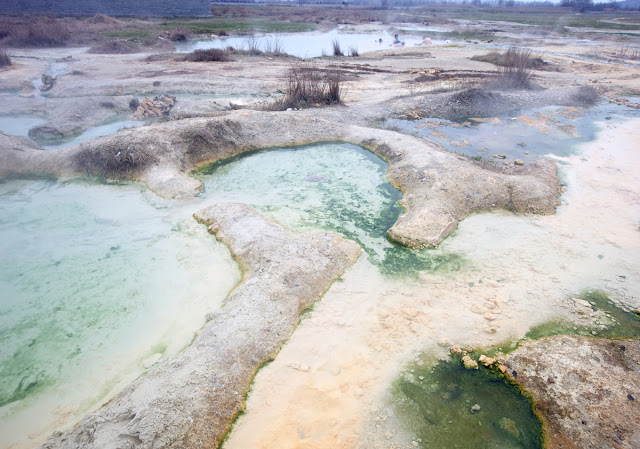 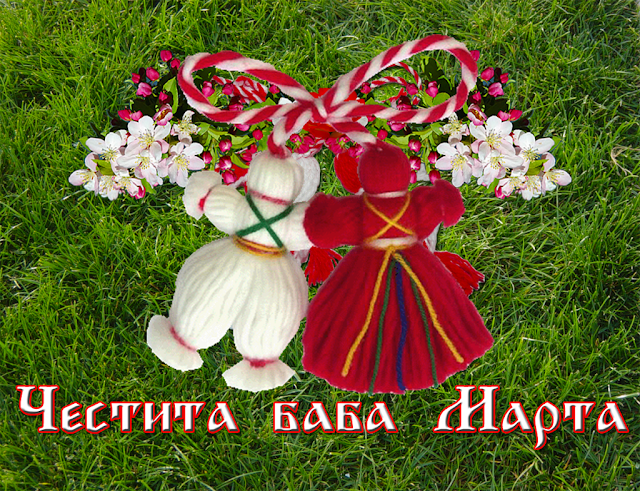 Tell me about your country's environment. What are some of your favorite places?
Extremely diverse, Bulgaria has plenty of nature. The best thing is that it is a warm country and after the winter by the end of March everything is back to life. There are nature reserves everywhere and literally, it takes no more than 30 minutes driving out of town to find yourself surrounded by nature. Eco-trails are extremely popular and available. Also, another favorite of Bulgarians are the monasteries. They are spread everywhere, normally surrounded by pristine nature and provide some space and quiet. Very often they are located near rivers and also provide places for picnics and play.

I love exploring and finding unusual places. I do love the monasteries (although I’m not religious) because they carry something very old and special. The monasteries are the places where our Bulgarian identity – language, religion, history, culture – has been preserved during the 500 years of Ottoman rule. Usually, they are built on highly energetic places.
Another favorite is the monuments left from the Socialism times. They are also quite common and carry some strong charge within them, too. 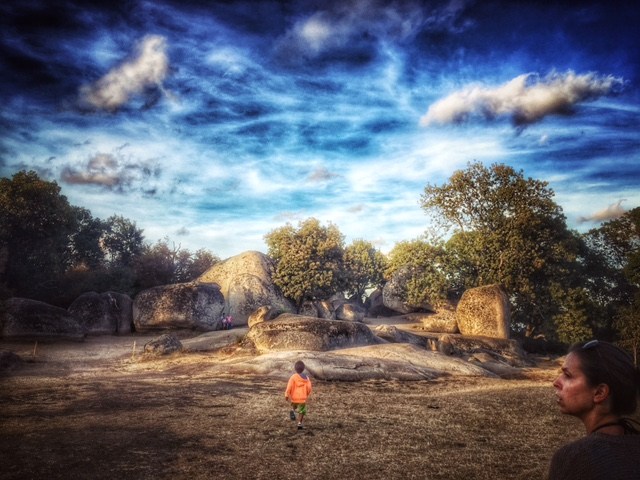 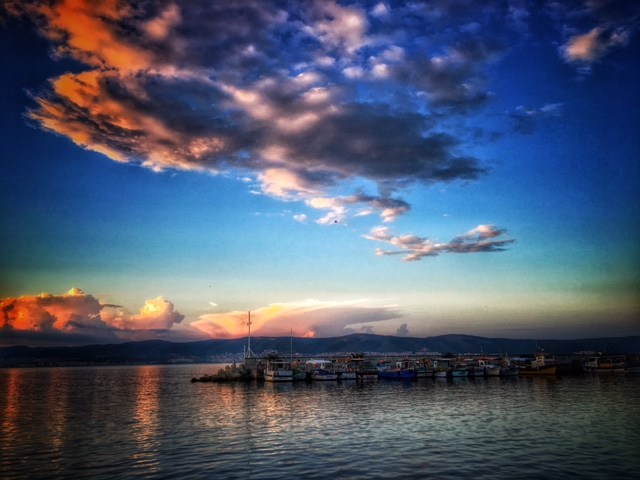 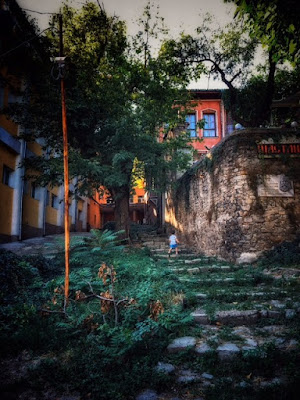 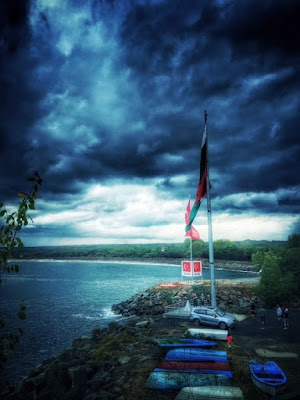 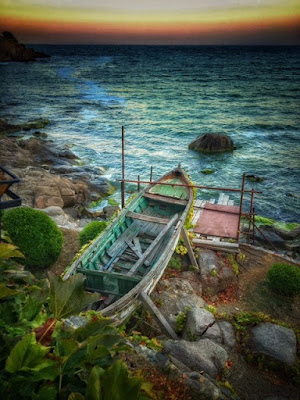 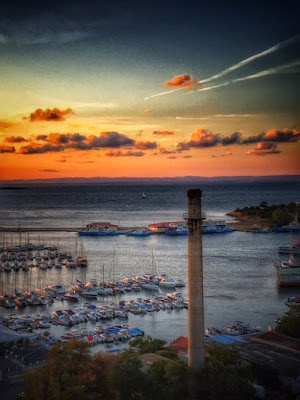 Tell me about your country's food. What are some of your favorite dishes?
The first thing I have to mention is Banitsa. It’s a dish prepared with pastry, cheese, eggs, and yogurt. It sounds simple but it’s delicious especially if made by your granny. Our white cheese and yogurt are quite popular, although you’ve probably heard about them as feta and greek yogurt. There is a special bacteria that we use, called Bacillus Bulgaricus, which gives it unique texture and taste. 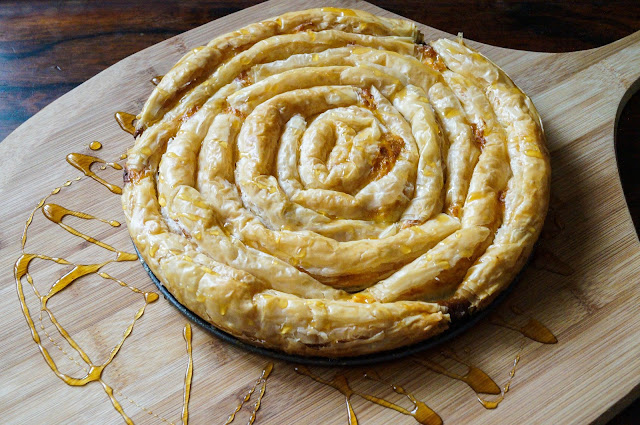 Mussaka, stuffed peppers, sarmi, bob, and leshta are some of the traditional meals. We love soups very much, and also stews. Salads are always served on the table, best prepared from locally grown produce. Many people still grow their own fruit and vegetables here and also preserve them as compotes, jams, pickled veggies, tomato juice, etc. 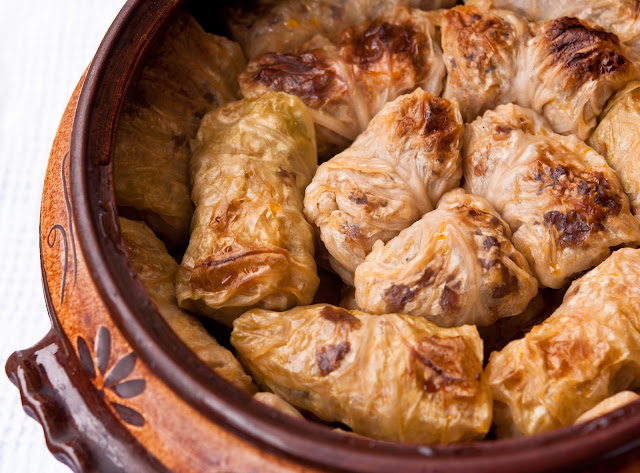 In terms of drinks – our national drink is called Rakia. It’s a strong alcohol drink made from grapes or plums or other fruit like peach or apricots. We also produce good quality wines, many of them have won international awards. 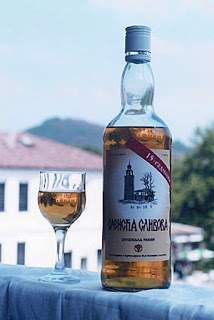 Tell me about any different speech patterns in your country. Slang? Idioms? Words for things such as “biscuits” instead of “cookies”?
There are quite distinct language patterns in the different parts of the country. The dialects are influenced from the nearby countries like Macedonia and Serbia, parts of which belonged to the First Bulgarian Empire. Many Bulgarian descendants still live there (and vice versa) and the languages have mixed. The central and north-eastern Bulgaria are popular with their “milder” speech. Also, the south-central and south-eastern parts of the country have their own unique sayings and expressions. It is quite amazing to me how language could be so diverse!

What is interesting about the Bulgarian language is that we use the Cyrillic alphabet (azbuka) along with a few other countries. It was the Bulgarian saint Clement of Ohrid (Disciple of Cyril and Methodius) who developed the alphabetic system which then Russia and other countries acquired. Since that happened on the territory of today’s Macedonia – part of the Bulgarian empire at the time – Macedonians like to argue that they came up with the Cyrillic alphabet first. Which, in fact, is a very common thing we do on the Balkans –argue!

Describe briefly a regular day in your country.
Life in Sofia is stressful and I can see that in the people. The day starts with people heading down to work, school, etc., sometimes driving really neurotically. By the end of the week, most of the people can’t wait for the weekend and are driving even worse. Bulgarians do like spending time outside and a very typical picture is people sitting in the park and often having a beer (yes, we’re lucky to have that allowed still!). Culture life is strong too. Often you’ll see people of all ages hiking or biking in the nearby mountain.

In summary, Bulgarians are people who treasure their freedom and will spend every minute out and about with friends and family, sharing a beer and a hearty chat. 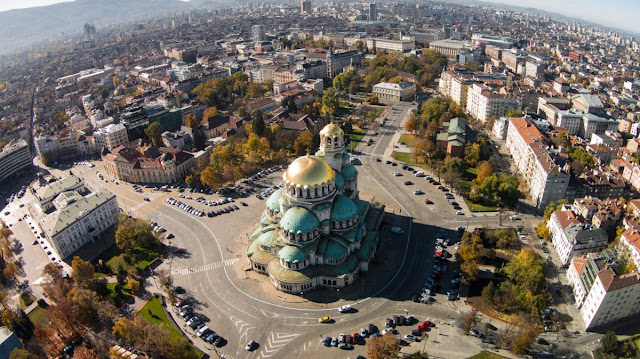 How does your country compare to others, especially the States since my audience is primarily American? Environmentally? Politically? Culturally?
Bulgaria is an interesting country in the way that it’s a mix between the west and the east influences. After Communism fell, we’ve been very west-oriented and have become a European Union member, but still, we’re very close to the Orient, too. Many words, foods, traditions have remained from the time of the Ottoman rule which lasted 5 centuries (!).

Politically the country is still “torn apart” between the socialism supporters who have fond memories from the past (mainly people in their 60s and up) and the pro-western, pro-American younger people. Recently there have been multiple disappointments on the political scene and many of the younger generations are apolitical. But at the same time people are more active and very often you can see protests of all sorts, which I believe is a good thing.

Culturally, we’re quite different from the western countries but in a good way, I believe. Bulgaria is located in the south-eastern part of Europe and we are very warm, open, welcoming, friendly, and laidback. After living for 9 years in one of the most western countries in Europe, I can certainly see the difference in the mindset. 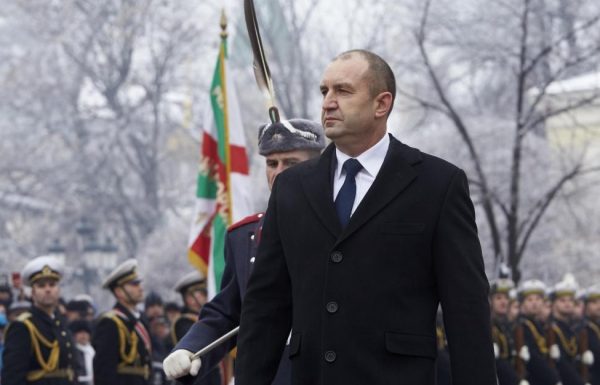 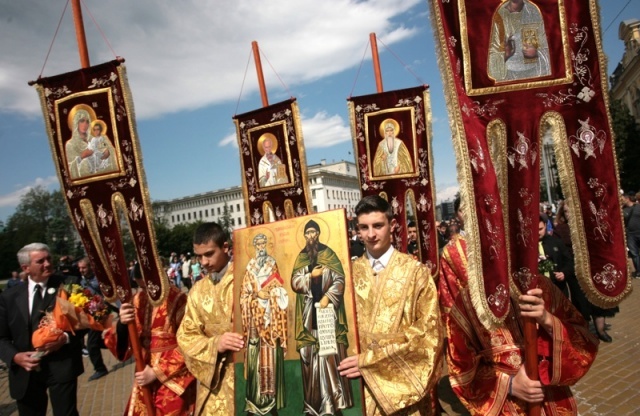 What are some stereotypes about your country that irk you? What media portrays your country badly be it a movie, a book, or a TV show?
Sadly, Bulgaria isn’t a country with a very positive image. We’re the poorest country in the European Union and thus not regarded with great respect. Although Bulgaria has much to be proud of, our national pride is really low. We’re often known for the Roma people abroad – pickpockets and minor thieves, etc., although they come from other countries on the Balkans as well.

A few years ago some of the UK politicians and media believed that 40 million Bulgarian immigrants will flood their country (which is the entire population of Bulgaria and Romania together), and had many campaigns against the removal of work permits which was our right as EU members.

The truth is that most of the nations don’t know much about Bulgaria at all and thus only negative stories eco through. This is partly our fault because we don’t think highly of ourselves either. But I think this is because we as a nation are constantly trampled down by our own government. But hopefully, soon that will change. 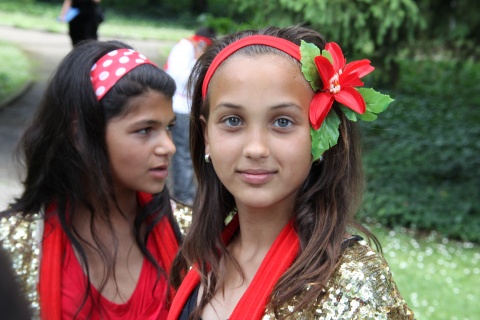 What media portrays your country well be it a movie, a book, or a TV show?
I can’t think of anything particular but I have to say that there are really lots of talented people here – like artists, actors, writers, sportsmen. Many Bulgarian actors have participated in international productions. I can think of Zachari Baharov who took a part in Game of Thrones and Anjela Nedyalkova who took part in Trainspotting 2. In 2016 Olympic Games Bulgaria left with three medals. Zachary Karabashliev (18% Gray) is a famous contemporary writer who lived in the USA but recently returned to Bulgaria. 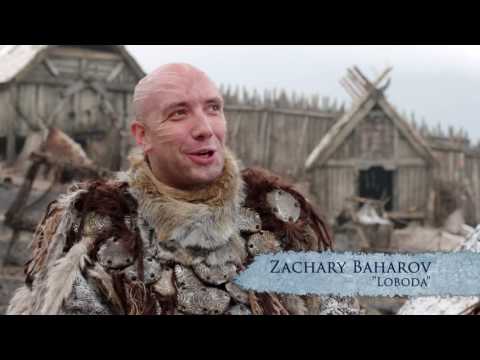 Who are your top three favorite characters native to your country in books, movies, or shows?
This is a hard question but I do soak up everything Bulgarian. I just wish there was more of it and our national identity was stronger. I came back to Bulgaria partly because of this – to create something here and support our international image. Too many clever and talented people have left the country but I do hope some of them will come back, like I did. 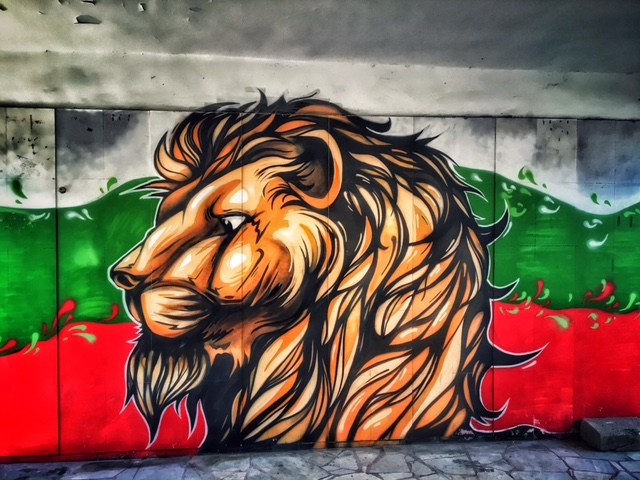 Thank you, Vilina, for this very informative post! I hope everyone enjoyed reading it. Come back next week for So Your Character is from Serbia ...!

Do you have any characters from Bulgaria? Did this inspire you to write a Bulgarian character or set a book in Bulgaria? Are from this or been to this country and you have further input? Feel free to share! Do you have any questions for Vilina? Be sure to thank her!

You may also like:
So Your Character is From Ukraine ... Featuring Valery @ Sunny Eri: Beauty Experience