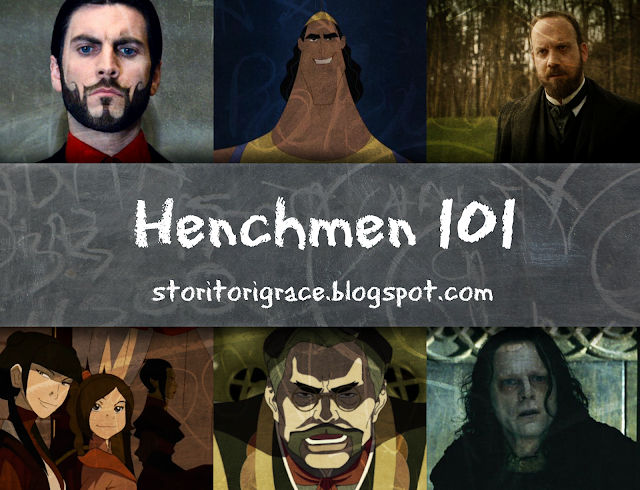 Villains can't be everywhere at once or do everything on their own, so that's why they have henchmen! But henchmen are people too, so that's why I decided to dedicate an entire post to these characters. Let's look at the definition of henchman real quick, so we can better understand them.


The word henchmen has a wide variety of meanings, hence why I chose that word as opposed to lackeys or subordinates or disposable cannon-fodder. Some henchmen have evil intentions, others do not. That's part of the diversity of henchmen.

The biggest question to ask yourself when creating henchmen is:

Why did they join the villain?

What got these characters involved with this dastardly evil-doer? Why are they still with this person despite their ill-treatment or the dangerous missions their boss sends them on or the people they want this henchman to betray? That's what we're going to explore today!


1.) It's Just Their Job - This has to be the most common reason. These henchmen are just in it for the paycheck or for a livelihood for in general. They may not agree with everything their villain wants or maybe they do, but it's just what they do for a living no matter how nefarious it is. This includes the Game Makers (The Hunger Games), Fire Nation soldiers (Avatar: The Last Airbender), Stormtroopers (Star Wars), Spike and Whitie (Flushed Away), Ragetti and Pintel (Pirates of the Caribbean), and Buzz and Delete (Cyberchase).

Example: Kronk (The Emperor's New Groove) - Kronk got a job as Yzma's assistant in the royal palace. That's a pretty sweet gig for a big buff guy with two brain cells. He gets to stay in a palace and make all of the spinach puffs he wants. Kronk doesn't have any genuine evil intentions as his shoulder angel and demon confess and doesn't question Yzma until she asks him to do something he's not comfortable with. He's also one of the most endearing henchmen Disney has to offer.

2.) They Feel Like They Owe The Villain - These characters have gotten roped into the villain's plans usually through manipulation. These are more likely to turn good near the end because the most likely didn't have any initial going into this position as henchman.

Example: Mai and Ty Lee (Avatar: The Last Airbender) - These girls were friends with Azula growing up. They attended the Royal Fire Nation Academy for Girls together and were playmates at the palace. When Azula asks them for help to catch the Avatar, Mai feels like she owes this favor to her since she's a friend. For Ty Lee, Azula had to manipulate and bully Ty Lee into joining, but she did in the end. In the third season of the show Ty Lee and Mai stand up to Azula, when Azula pushes them to do something that's out of their comfort zone.

Example: Inspector Uhl (The Illusionist) - Inspector Uhl came from humble beginnings, the son of a butcher, but Crown Prince Leopold has brought him into his close circle and even offers to give him a higher rank, plus Prince Leopold is Uhl's sovereign so that means Uhl should do what he says, right? Despite his conscience, Inspector Uhl ignores the rumors about Prince Leopold's evil behavior towards women and continues to serve his liege until he finds irrefutable evidence that forces him to finally stand up to the royal.

3.) They Want to Be on the Winning Side aka If You Can't Beat 'Em Join 'Em - These are henchmen that want to save their own skin. They know something bad is going to happen to anyone who isn't on the villain's side, so they decide to turn colors to protect themselves. They may not agree with everything the villain says or does, but they'll comply to stay alive. This includes characters such as Caleb and Peter from Divergent, Alfrid from the Hobbit, and Saruman from the Lord of the Rings. 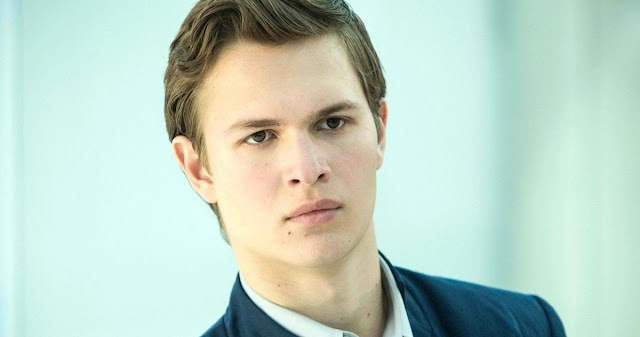 Example: Grima Wormtongue (The Lord of the Rings) - Grima knew that Saruman was vying to bring down Rohan and he didn't want to go down with it, so he decided to become Saruman's lackey so he could get in on the benefits of new rulership and not suffer any consequences in result of this conquering. What he didn't know is that Saruman didn't just intend to take over Rohan, but to wipe out its population entirely. This brought tears to Grima's eyes.

4.) They Believe in the Villain's Cause - Sometimes the henchmen believe they're 100% doing the right thing. They don't believe the villain they're working for is a villain at all, but a good man or woman who's going to help change things for the better and sometimes sacrifices have to be made. Lieutenant from the Legend of Korra believed this. 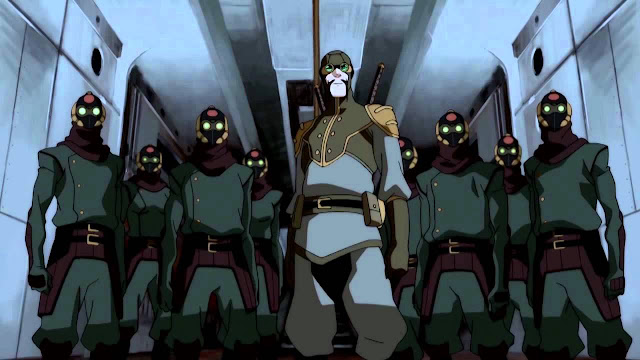 Example: Hiroshi Sato (The Legend of Korra) - Hiroshi's wife was killed by a bender who broke into his house and because of this he believes all benders should be eliminated. So to avenge his wife he joins Amon and the Equalizers and supplies them with technology to help their efforts.

5.) They Can't Get Power or Position or Resources on Their Own - These are henchmen that have the capability to be villains but don't have the means to be one. World domination is expensive and sometimes a budding villain doesn't want to wait to raise the funds for their own henchman and doomsday machines on their own, so they decide to latch onto a villain that has what they want--with possibly the intent to overthrow them eventually. On the other hand, they may just want to be in a higher position in life and the villain is the fastest means to get there. An example of this sort of villain is Guy of Gisborne from BBC Robin Hood. 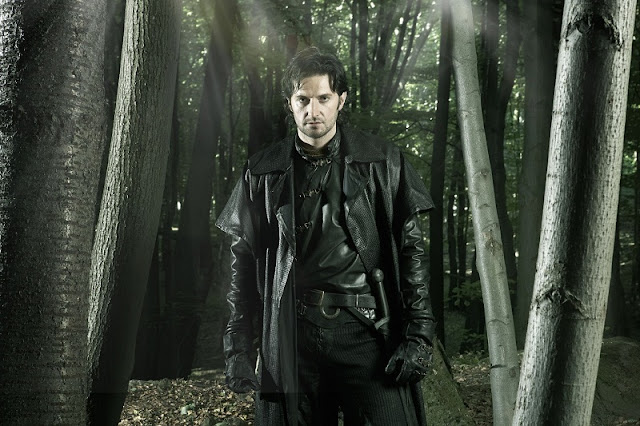 Example: Seneca Crane (The Hunger Games) - Seneca climbed up the ladder to get a position right at President Snow's side. This is the highest position someone like him could get. He's comfortable there. He has a nice job and a comfy life--even if that means hurting children for a living.

Example: Kabuto Yakushi (Naruto) - Kabuto had villainous intentions from very close to the start, but he decided to latch onto Orochimaru like a leech so he could use the man's equipment and resources and learn about Orochimaru's secrets, including forbidden jutsu, for his own gain. After Orochimaru dies, Kabuto ascends to the position of villain. 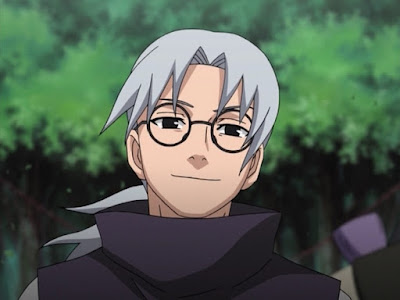 Conclusion - Henchman can be very dynamic characters with fun backstories and even more fun character arcs. Take advantage of them for your story!

Have you ever written any henchmen characters? Who is your favorite henchman character? Let's discuss!

You may also like:
Good Parents 101
Comic Relief Characters 101
Elderly Characters 101
Antiheroes 101: What is an Antihero and How do you Write a Successful One?
How Drawing Can Help You Write