So Your Character is From Romania ... Teodora @ My Reading Nook 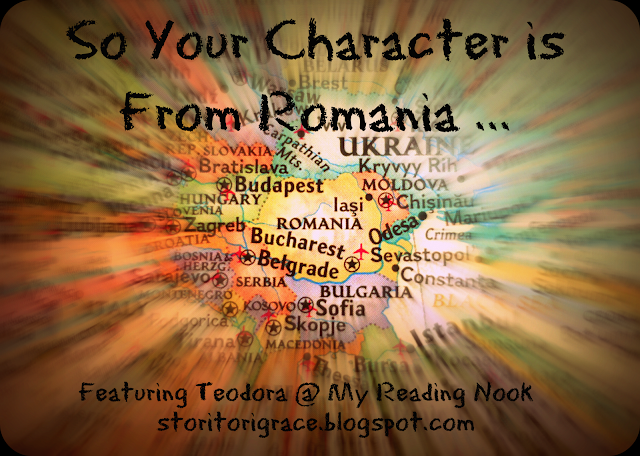 It's time for this week's So Your Character is ... Post! This is a weekly segment where I interview lovely volunteers from around the world to give you a firsthand account of being a citizen of their respective country or having a disability. I'm hoping to encourage international diversity, break stereotypes, and give writers a crash course on how to write a character from these different places on our planet. If you haven't checked out last week's  So Your Character is from Serbia ... be sure to hop on over there and give it a read! 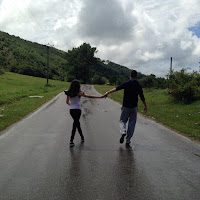 I’m from the beautiful Bucharest, capital of Romania, and I live in UK’s vibrant Manchester. I’m a final year Sports Management student, who aspires to work in the sports sponsorship business; a reading lover, a bibliophile, a less than gifted blogger, a bigger sister, a curious linguanaut, a traveler, a citizen of the world, and someone who appreciates the little things in life.
Blog//Twitter


What do you feel is unique to your country? Landmarks? Celebrations?
The uniqueness of Romanian culture and language consists first in our privileged (nowadays, but doomed in the past) position at the intersection of the Eastern and Western blocs, being the only Romance language spoken in Eastern Europe. However, although the language’s DNA is of Latin origins, Romania’s past–painted in countless battles–has enriched our vocabulary with Greek, Turkish, Slavic, Hungarian, and German influences. Perhaps this could be linked with Romanian vocabulary’s profusion–we can swear even using words such as ‘orange’ or ‘spinach’.

In terms of landmarks, there are numerous that come to my mind, but probably the most iconic one is Bucharest’s Palace of Parliament (Image 1). Globally, it is second to Washington’s Pentagon in size, having been erected during communist times, for the Ceausescu family. Built through the folk’s toil, it is representative for Romania, given that the luxury it exults is completely antithetic to the quality of the folk’s lives during communism era.


One of the typical celebrations across Romania used to be ‘Dragobetele’, a national version of Valentine’s Day, which has slightly faded out since the American holiday has entered the youngsters’ lifestyles. However, some parts of the country still celebrate it on the 24th February; tradition implies that single women who toss basil twigs under their pillows are dreaming about their soul mates. 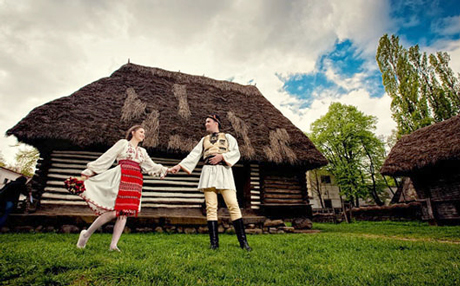 Tell me about your country’s environment. What are some of your favorite places?
Within Bucharest, Carturesti Carusel bookshop (Image 2) is one of the spots I love spending time around. Located in the Old Town, the heart of the city, it is a magical place for book lovers, travelers, tea, and coffee enthusiasts or art seekers, combining an architectural jewel with a modern bookshop feeling.

Outside the capital, Maramures is a rural fairy-tale, whose heritage and way of life have been preserved by its inhabitants. A northern pristine medieval European place, where old women still wear traditional costumes, the landscape is abundant in monasteries and dearly departed relatives are buried in the Merry Cemetery (Image 3), where happy stories are recounted and the dead are remembered for the good things they have done.


Tell me about your country’s food. What are some of your favorite dishes?
Romanian cuisine is meat-rich. Easter and Christmas traditional meals, sacredly respected by the elderly and religious people, and slightly adapted to suit the younger generations, are authentic lavish lamb and pork feasts. Other Easter customs are painting the eggs in red, representing Christ’s blood, cooking cozonac, sponge cake with cocoa, and Turkish delight (Image 4), and preparing lamb dishes, such as haggis, roast, and borsch (sour soup).


For the non-meat eaters, let’s not forget the delicious cow and sheep cheese – fresh and a little sour, prepared naturally at the countryside. 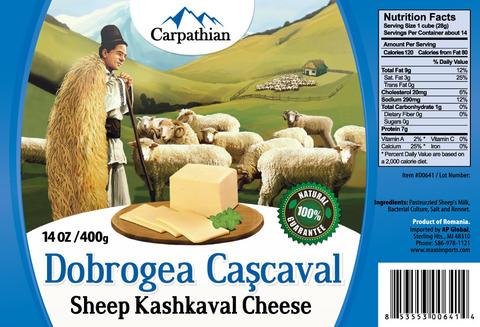 Lastly, one of our favorite desserts is Coliva – boiled wheat – which is primarily served before the vigil and funeral (as a Christian custom). Hence, the saying: Don’t mess with Romanians, their favorite dish is served during funerals. 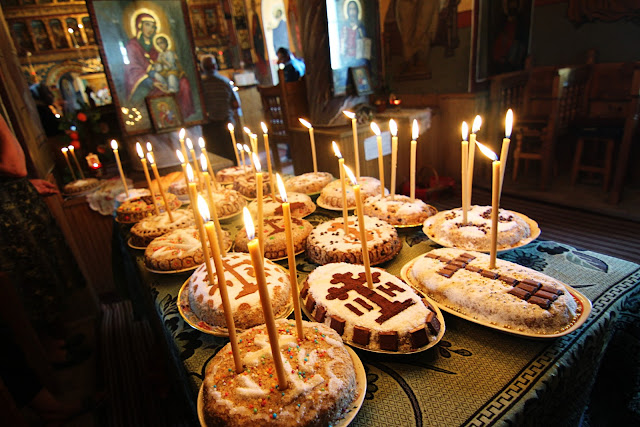 Tell me about any different speech patterns in your country. Slang? Idioms? Words for things such as ‘biscuits’ instead of ‘cookies’?
We are a nation of gourmands, as you could tell, and we are thinking about food all the time… which is why we tend to crowd our slang with foods, too.
- ‘Your mustard has jumped off’ – when you are angry/jumpy
- ‘You’re selling me doughnuts’ – when you lie to me
- ‘You’re cabbage’ – You’re either very tired or your life is chaotic
- ‘You’re taking me out of my watermelons’ – You’re driving me nuts
- ‘You’re rubbing the mint’ – You’re not doing anything but wasting time.

Describe briefly a regular day in your country.
Romanians are known for valuing studies, homework, and work, which is why you would quite often see students doing homework until late at night, and employees working extra hours. A regular day for pupils studying in public schools starts between 7:30 – 9:00AM, and finishes shortly after noon. However, private schools’ students have an extended schedule, which usually begins at 8AM and finishes between 3:00-6:00PM.

For employees, a regular workday consists of 8-12 hours, depending upon the responsibilities held and the sector in which one performs, being quite similar to any other European or American nation. The struggle within traffic is a very prominent feature of Bucharest’s life, which enjoys a very dynamic, sometimes chaotic transportation, each trip becoming a race against time. Don’t get me wrong, it’s not Istanbul-crowded, but it can be compared to Paris or Rome’s traffic jams. 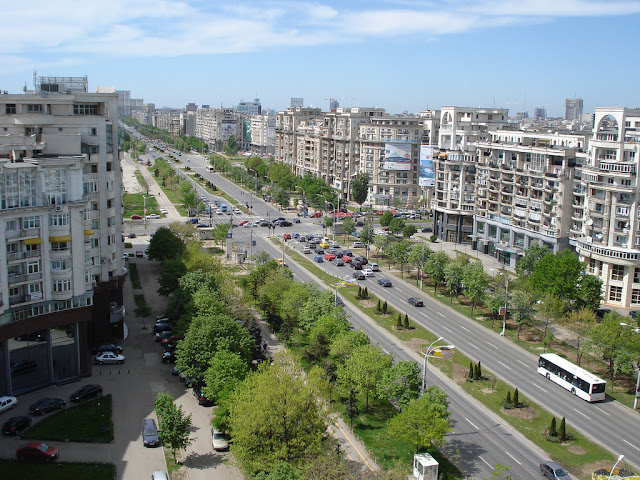 Having painted a not-so-pretty image of a regular day in Bucharest, I’ll move on to the bright sides. Romanians are very friendly and warm, treasure family time and are crazy about hanging out with friends – either in the plethora of coffee shops, during day-time, or in pubs and posh, non-expensive clubs (fun comes at a cheap price) during night-time. After work, it is also common for neighbors and friends to gather together without previously having established visits or scheduled meet-ups. Tip: just show up and we’ll swiftly arrange an informal dinner on us, have a drink and laugh. 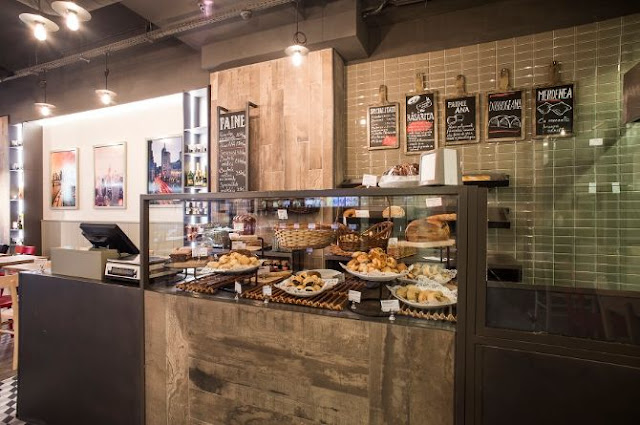 How does your country compare to others, especially the States since my audience is primarily American? Environmentally? Politically? Culturally?
Environmental-wise, Romania is a rich country. The Black Sea, the Danube and the Danube Delta (itself, a unique wonder of nature) embrace the South, the Carpathian Mountains (the peak reaching 2,544m) envelops the country’s heart in a wide arc, whilst hills and plains are surrounding the mountain range.

Culturally, the Romanian mindset is probably more conventional than the American one, in terms of the elderly, whose beliefs are still rooted in the ‘traditional, old-fashioned’ way of living. This could be a reflection of the ‘American Dream’ every young Romanian was fantasizing about during communist times; embracing American values, wearing American clothes and driving American cars were often stated as a Nirvana state of mind back in our dictatorship’s era. However, Romanians’ culture is becoming more multi-cultural, open to change, and eager to prosper, which is linked with the political views of the younger generations, who are fighting against government corruption (Image 6), whom they associate with the Social-Democrats.

Romanians’ personal space is smaller than the Americans’, hugging and touching the persons we speak with being common body language habits; we kiss (once on each cheek) family members and friends every time we meet, even multiple times a day. 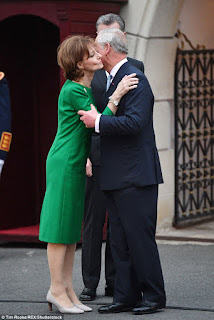 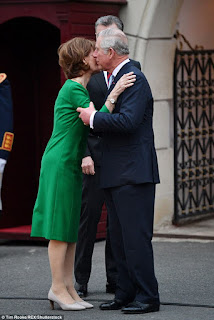 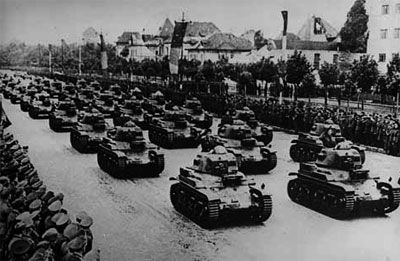 What are some stereotypes about your countries that irk you? What media portrays your country badly, be it a movie, a book, or a TV show?
I could write several pages on this subject only. However, the most common is being stereotyped as gypsy, poor, uneducated and low-paid workforce. The media negativity is mainly spread around the Gypsy people, a European marginalized minority, who is so often confused with the Romanian people. For the record, one cannot generalize that the Roma communities are beggars, let alone assume Romanians are beggars by geographical links.

In terms of the movie industry, Borat, the comedy film, has attempted to paint a dimmed picture of Romania’s poorest villages. Offering £3 to any Glod villager who agreed to appear on the set without knowing the truth behind the movie’s theme, Borat has depicted the people as prostitutes, abortionists, and rapists. 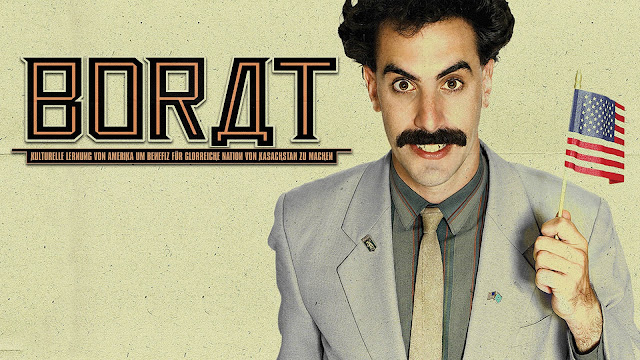 What media portrays your country well, be it a movie, a book, or a TV show?
One of the most beautiful sceneries in Romania is Transfagarasan (Image 7), named by Top Gear as ‘the best road in the world’.

Secondly, William Blacker’s book Along the Enchanted Way: A Story of Love and Life in Romania portrays the vivid, yet traditional place of Maramures. The author has fallen in love with the northern area of the country, and with a gypsy, whose culture he immerses into, characterized by simplicity, dances, and singing. A 180-degree perspective to almost any piece of news regarding Romanian Gypsies.

Who are your top three favorite characters that are native to your country in books, movies, or shows?
1. Dan Lungu’s book I’m an Old Communist Biddy focuses on Emilia, a Romanian pensioner, who cannot adapt to the new society’s trends and values, believing that communism times were best. Although the theme behind the book is sadly depicting the perspectives of several other elderly Romanians, I have particularly liked this character not for Emilia’s convictions, but for the fantastic memories she recalls, humorous speech style, and pure honesty. For my generation, any association between communism and happiness is nonsense, but the actual story, written impeccably by Dan Lungu, is a subtle satire towards the totalitarian state and an illustration of how Romanians lived day by day during Ceausescu’s regime.
2. Nica, Ion Creanga’s protagonist in Amintiri din Copilarie (Childhood Memories), is an authentic, funny and reckless character of the Romanian literature. It is a children’s book, which can be read pleasurably at any age.
3. Horatiu, an 8-year old main character in 2009’s Ho Ho Ho Romanian comedy movie. I am not a big fan of local films, but if I had to choose a production that has impressed or amused me, I’d go for this funny Christmas-themed one. 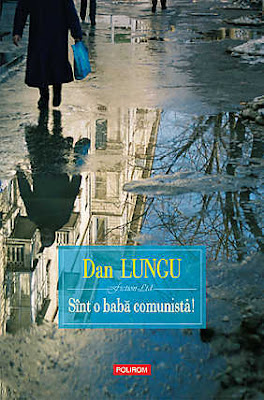 Thank you, Teodora, for this very informative post! I hope everyone enjoyed reading it. Come back next week for So Your Character is from Bangladesh ...!

Do you have any characters from Romania? Did this inspire you to write a Romanian character or set a book in Romania? Are from this or been to this country and you have further input? Feel free to share! Do you have any questions for Teodora? Be sure to thank her!