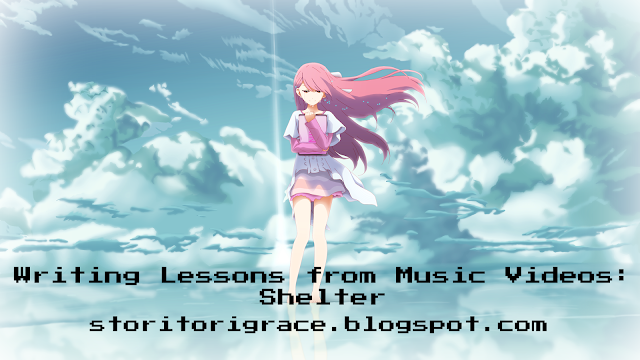 Last Monday was Shelter's one year anniversary! This collaboration of American, French, and Japanese art has gained over 22 million views on YouTube. I didn't watch this video until this summer, but it blew me away with its fantastic storytelling in just six minutes! The only want to totally experience this brilliance is to watch it yourself! So give it a view then we'll get to the post!


Many people who watched this video for the first time didn't get it completely until their second watch. The story does not hold your hand and the little dialogue provides no exposition. If you didn't catch it, this video is about a girl named Rin who lives in a digital world, but she's very lonely. Over time she remembers that seven years ago she lived with her father, but an interplanetary catastrophe threatened earth so he a built a ship so she could escape, but he couldn't go with her. However, he connected her to a digital world with infinite creative abilities so she could still have hope for the future. Got it? Okay, let's get to the fangirling tips!

1.) Well-Placed Clues - As mentioned before, Shelter doesn't hold your hand. It doesn't explain to you with utmost clarity the situation. It gives you clues and lets you figure out what happened. Some pointed clues in just the first minute of the video were "No messages in 2539 days" and the teddy bear. Do the math and that's about seven years and that also makes you suspicious why a girl her age hasn't heard from anyone in so long.

Later on, in the video we see Rin receive the teddy bear as a present which connects her to the young girl in the memories, cementing that the child is indeed her. If you really pay attention you can see that her drawing on her tablet is the same style as the drawings of the child. This video is one big amazing mystery about the origins of this girl and her digital world.

How this applies to writing: You don't have to explain everything to your readers. Leaving small clues can help them put together facts. At the same time, some readers may not catch every detail, but letting a reader figure out something themselves can be far more satisfying of an experience than explaining to them every detail. 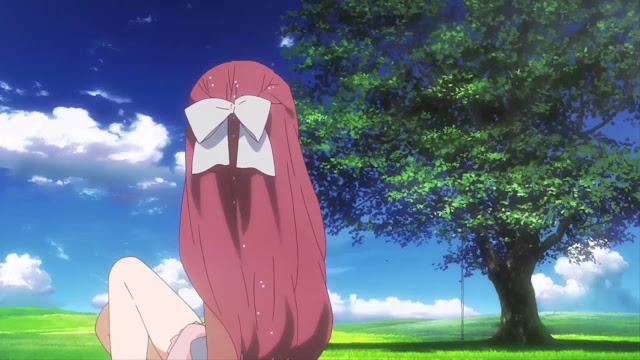 2.) Generating Heavy Emotion in a Short Period of Time - This video is quite short. I would consider it short story length or even flash fiction length, yet in those six little minutes this video has brought watchers to tears. Why? Because we feel for this main character. The video shows us her loneliness. Loneliness is a very relatable feeling. Everyone has felt this at one point and living a life in a beautiful world is wonderful, but not having anyone to share it with can turn this sense of wonder into pain.

Furthermore, we get to see her backstory. It's brief, but enough to tell us though her mother died she had a father who loved her, loved her enough to ensure that she would live when he died. This sacrifice really pulls at the heartstrings. Then Rin's resolve to treasure her memories despite their pain is also deeply powerful. 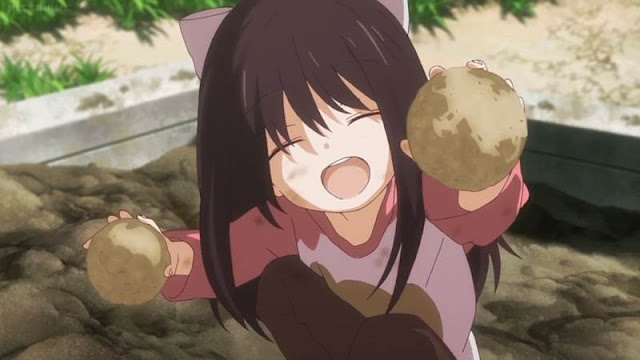 How this applies to writing: Backstory is a powerful thing. Just mentioning the emotional highlights of a backstory can instantly make your readers emotional. Having relatable problems is another thing to really cause your readers to start the waterworks. When something hits a person personally, it can trigger emotions.

3.) Carrying a Theme - The theme of this video is obviously loneliness and I love how in this video this theme is analyzed. Though Rin denies her loneliness at the beginning of the video, this yearning for companionship becomes more and more evident as the story continues. She has the infinite power to create landscapes, but not the power to create sentient life.

When she finally remembers who she is and where she came from and all the happy but painful memories with her father, this finally brings her feelings to a head. Instead of becoming bitter and angry that those memories of contentment and companionship are gone forever, she decides to hold them dear to her and let them make her stronger.

How this applies to writing: Shelter did a beautiful job of carrying a relatable theme without feeling preachy and while also bringing a resolution of this theme. When you come up with a theme for your story, find ways to weave it in that feel naturally and having a scene dedicated to this theme can really add an extra punch. 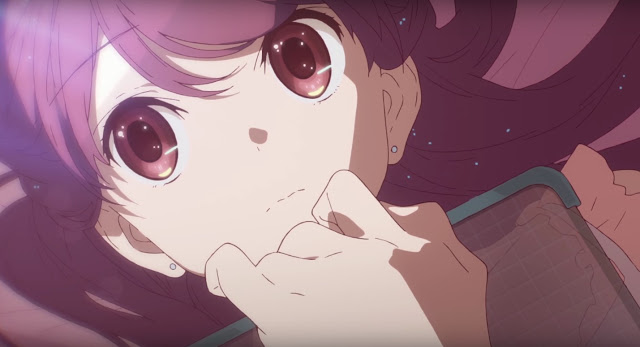 4.) Bittersweet Endings - This video doesn't have a very happy ending. In the end, Rin is still alone and her father is still gone. But this ending is satisfying because Rin has found peace with herself. She's stopped denying that she's lonely and confronted her loneliness and has decided to choose hope instead of despair. One day she'll find companionship and in the mean time she'll be hopeful and strong.


How this applies to writing: Not all endings have to be happy to be satisfying. When a character reachs a resolution for themselves, this can be happy and satisying for your reader, despite the tragedy around them.

Conclusion - I love the power of Shelter. It tells an amazing story that has resonated with millions. It inspires me to write stories like that.


Tell me your thoughts about the video! Have you noticed these writing aspects? What music videos have you noticed have good writing? Let's geek out together!