My Rant About Loki: Why I’m Morally Against What He’s Become in the Fandom 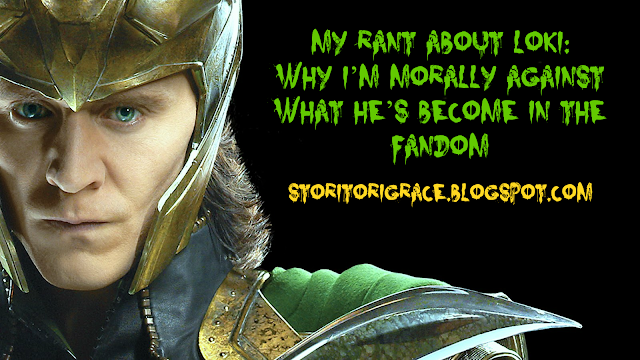 When Loki died at the beginning of Infinity War, I was surprisingly relieved. When I first saw Loki in Thor, I admired him as a villain. He’s cunning, powerful, and you can be empathetic toward him—maybe a little too much so. After the Avengers he blew up in the fandom and Tom Hiddleston (the cool guy he is) did a lot of roleplay as Loki. I’m fine with all this. It’s pretty awesome when an actor loves his fans and his role so much. What I have a problem with is the fandom loving Loki almost even more than the protagonists so much so that they tout “#LokisArmy” and memes professing their adoration for such a despicable villain. 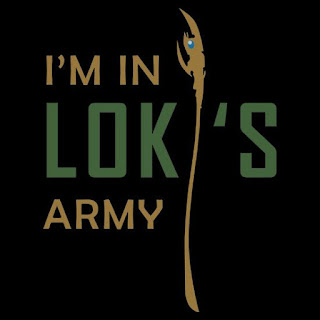 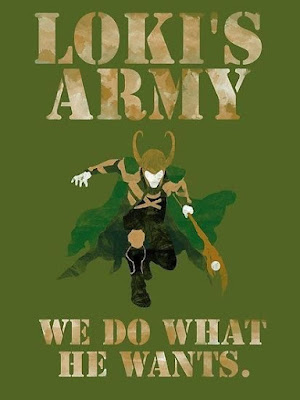 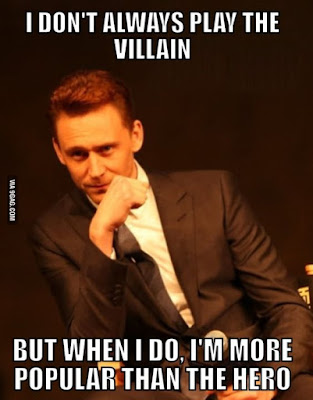 The fandom seems to forget how Loki has threatened, tortured, and killed mass amounts of people even his own father and brother. He violently extracted the eyeball out of an innocent art dealer, he unleashed the chitari upon New York killing and injuring hundreds even thousands, he usurped his father’s throne, he’s brainwashed multiple people, and betrayed Thor and others countless times to the points it’s a joke, among other war crimes. These are not the traits of someone who should be admired. If Loki wasn’t as outwardly attractive and gave so many one-liners, I don’t think he would get all of the attention he does. It’s the same reason why I don’t like all of the admiration that the Joker and Harley Quinn get. I don’t think there’s anything wrong with enjoying a good villain but to want to emulate them more than the protagonists just doesn’t sit right with me. 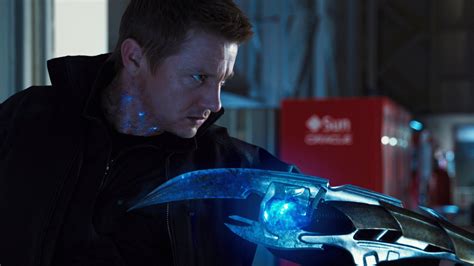 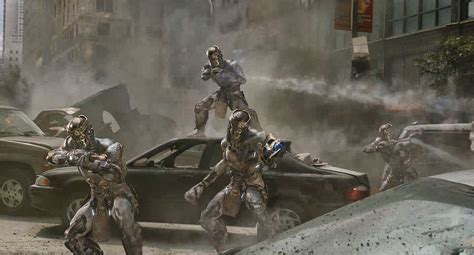 But Loki turned good in the end! - Yes, in Thor: Ragnarok, Loki finally shows some traits of an antihero and goes out in a sacrificial fashion in Infinity War but up until the end, Thor still believes that Loki will betray him because of how many times his brother has hurt him. Again, I believe if Loki was less attractive and not as witty people would boo and hate Loki for his serious abuse of others. But these seem to give him a bypass moral boundaries get by free card.

But it’s just a fictional character! Why do you care so much? - Yes, I know it’s just a fictional character, but to me, it can pave the way to hurtful relationships. “He’s cute and witty so he can get away with a little crime and abusiveness.” This is the same reason why I’m against Bella Swan and Edward Cullen’s relationship. There are moral implications beyond fiction that play into life. 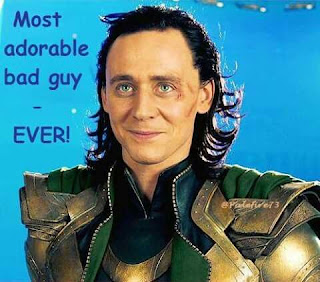 But you said you like antiheroes, why don’t you have a problem with Zuko for instance? - Yes, I do like antiheroes because they heir on the side of good. Zuko is a villain at first but he’s completely repentant when he changes side. Loki is never ever repentant. He never apologizes to Thor for all he’s done and is sincere about changing his ways. If Loki ever did become repentant I would love to see that character arc but so far he hasn’t.

You could say "Oh he's a poor abused baby who's daddy was mean to him. Give him some slack. It's not his fault he's turned out this way." No, no. NO! Zuko's dad freaking burned him in the face but in the end, he still found good. Cap was bullied throughout childhood and he never even dreamed of turning evil. Jenny in Forest Gump went through extreme sexual abuse but didn't become a sexual abuser to her son. Backstory is a causation of a character's development but not an excuse for their behavior.

Does this mean you hate fandoms? - Gosh no. I’m a part of so many fandoms, but I do know the dangers of fandoms and how they can distort a writer’s intentions for their fantasies (Such as shipping Riku and Sora two completely platonic characters in Kingdom Hearts or shipping Levi and Eren who have absolutely zero romantic chemistry whatsoever in Attack on Titan.).

Conclusion - I’ve had this on my chest for so long but I’ve been afraid to say anything in fear of hardcore Loki fans coming down on me (which they may still), but I feel like this is important to point out. Characters who are good, just, and care about the wellbeing of others should be exalted not cruel, nefarious, and murderous villains. There are so many great role models in Marvel such as Steve Rogers, T’Challa, Thor, Peggy Carter, and so on. They deserve a hundredfold more love than Loki ever has.

Agree or disagree? What do you think of Loki? Who’s your favorite Marvel character?